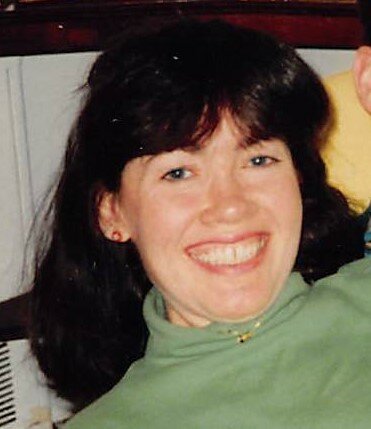 Obituary of Barbara A. Dunleavy

Barbara Ann Dunleavy (née Perry), of Madison, NJ, passed away peacefully after a long illness on Tuesday, November 15, 2022. She was 64.

Barbara was born in Brooklyn, NY on July 11, 1958 to Frank and Catherine (née Duggan) Perry. She grew up with her four siblings on Staten Island, New York.

Barbara met her beloved husband, John Dunleavy, while the two were on a ski trip in Hunter Mountain, NY. They were married on November 12, 1988 and settled in Manhattan, where Barbara worked in Human Resources for Lehman Brother. Eventually John’s career prompted the family to move to Newtown, Connecticut, where they would remain for 27 years.

After a 10-year hiatus from the workforce to raise their son, Alexander, Barbara would obtain a job as a billing analyst for T & T Partners in Sandy Hook, Connecticut where she would eventually retire from 3 years ago. After leaving Newtown they moved to Madison to be closer to their families.

Barbara enjoyed going on walks and hikes with John and their dog, Cody, was an avid reader, especially of mystery novels, and was a member of Women Involved in Newtown (WIN) while living in Connecticut. She was also a parishioner of St. Rose of Lima Church in Newtown.

Despite challenges with her health, Barbara was a loving wife and friend, a wonderful mother and a doting aunt. She treated her numerous nieces and nephews as if they were her own children. Her spirit and her love will be deeply missed by all.

Barbara was preceded in death by her father, Frank Perry; her brother, Glenn Perry; and her sister, Arleen Perry. She is survived by her beloved husband of 34 years, John Patrick Dunleavy; her cherished son, Alexander; her mother Catherine Perry, two brothers, Frank and Patrick Perry; her dog, Cody; and many nieces, nephews, and dear friends.

Relatives and friends are kindly invited to attend a visitation to celebrate Barbara’s life from 4:00 PM to 8:00 PM on Thursday, November 17, 2022 at the Madison Memorial Home, 159 Main Street, Madison.

Funeral services will begin at the funeral home at 9:00 AM on Friday, November 18, 2022, followed by a 10:00 AM Mass of Christian Burial that will be celebrated at St. Vincent Martyr Church, 26 Green Village Road, Madison. Those who wish may attend the mass virtually by visiting www.svmnj.org. Interment will follow at St. Vincent’s Cemetery, Madison.

Share Your Memory of
Barbara
Upload Your Memory View All Memories
Be the first to upload a memory!
Share A Memory