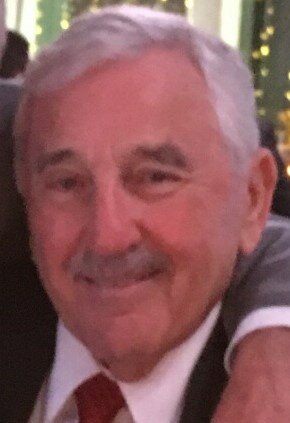 Anthony M. Scotti, Jr., a longtime Green Village resident, passed away peacefully on Sunday, September 4, 2022 at Sunrise Assisted Living in Madison. He was 91.

Anthony was born in Morristown on October 17, 1930, to the late Anthony, Sr. and Catherine Scotti. He attended public schools in Morristown and met his high school sweetheart, future wife Elsie Scotti, while in Morristown High School.

After graduating high school, Anthony enlisted in the US Navy, serving his country honorably during the end of the Korean War. Upon being discharged from the Navy, Anthony obtained an associates degree from Fairleigh Dickinson University.

Anthony opened Scotti’s Records shop in 1956, eventually expanding to have 6 locations altogether. The original location in Summit is still operating to this day.

Anthony was an avid golfer and belonged to both the Madison Golf Club and the Forest Country Club in Ft. Meyers, Florida. Anthony will be remembered most for being a loving husband, father, grandfather, and friend. He  will be deeply missed by all.

In addition to his parents, Anthony was predeceased by his beloved wife Elsie Scotti in 2002; his daughter-in-law Toni Scotti; and his siblings Leonard and Dolores.

Services for Anthony are being held privately for his family under the care of Madison Memorial Home.

In lieu of flowers, charitable contributions may be made in Anthony’s memory to the Alzheimer’s Association Walk to End Alzheimer’s, Toni Scotti’s Team.