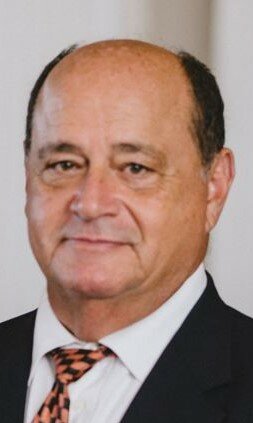 Antonio (Tony) Vespa, of Florham Park, passed away on Wednesday, August 31, 2022, at Morristown Medical Center. He was 67 years old.

Tony was born in Montreal, Canada and moved to the United States when he was two years old. His family moved from Union to Millburn in the summer of 1968. Tony is a graduate of Millburn HS. After attending electrical trade school, he realized he wanted his own business. He attended NJIT for Electrical Engineering, putting himself through night school and becoming a licensed Electrical Contractor. He fulfilled his dream and opened Vespa Electrical Co. Inc. in the early 1980s. He and his wife Donna lived in Chatham Twp. for ten years and then in Florham Park from 1993-2022.

Tony did many interesting projects as an Electrical Contractor; schools, public libraries, police stations, court houses, and hospitals, just to name a few. His loyalty, honesty and dedication to excellence earned him a pristine reputation in his field. He will be greatly missed.

Tony was happiest when he was skiing, golfing, boating, flying as a pilot, and spending time with his family and friends.

He is survived by his wife of 39 years (together for 48 years), Donna (DeFranco); his daughter, Mary Catherine her husband Joseph Molar, his son Michael and his companion Melanie; two grandsons, Tanner, and Andrew Molnar; his mother, Michelina Vespa; his brother, Nick Vespa and his wife, Michele. Tony was preceded in death by his father Michele Vespa. Tony will be missed by his eleven nieces & nephews, and many extended family members & friends.

Relatives and friends are kindly invited to attend a visitation on Monday, September 5, 2022 from 4:00 PM to 8:00 PM at the Madison Memorial Home, 159 Main St., Madison, NJ. A Mass of Christian Burial will be held on Tuesday, September 6, 2022 at 10:00 AM at Holy Family Church, 35 Orchard Rd. Florham Park, NJ. Entombment will be held at Gate of Heaven Cemetery, East Hanover, NJ.

In lieu of flowers, charitable contributions may be made in Tony’s memory to either:

Or to make a gift by check, please make payable to the Trustees of Columbia University and indicate IMO Tony Vespa/Brain Tumor Research on the memo line.

Or to make a gift by check, please make payable to the Sunshine Kids Foundation and indicate in memory of Tony Vespa on the memo line:

Share Your Memory of
Antonio
Upload Your Memory View All Memories
Be the first to upload a memory!
Share A Memory