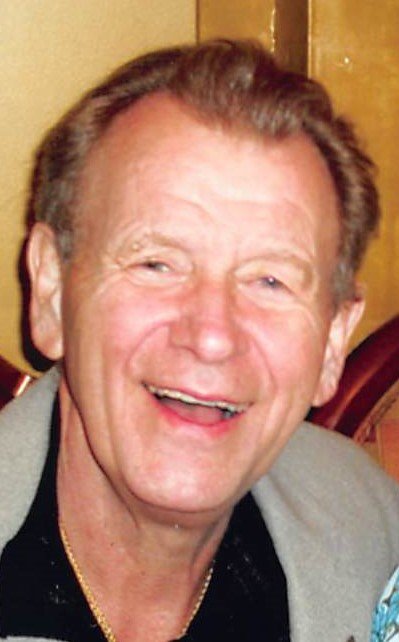 Dr. Jim’s fifty-year practice as a chiropractor improved the lives of countless patients in South Salem, NY, and the surrounding area.

Jim was born in Greensboro, NC to the late G.W. and Yvonne Martin. He was raised in Greensboro, and after graduation from high school, Jim went on to earn his bachelors from Wake Forest University in Winston-Salem, NC.  He received his doctorate in chiropractic medicine from Columbia University’s former specialized school of medicine, Columbia Chiropractic College in New York City.

Jim first met his beloved wife, Barbara Martin (née Minino) in 1958 while he was working at a summer resort in New Jersey and the couple were inseparable from then on. Jim and Barbara were married in 1960 and the couple settled in South Salem, NY in Westchester county where they raised their family and Jim began his chiropractic practice.

Jim was a gifted doctor, true healer, and teacher. Prior to his work as a chiropractor, he was a high school biology teacher in New York City. After that, he focused primarily on chiropractic and holistic and alternative medicine. He had a loyal following of patients from throughout Fairfield and Westchester counties, and he served several generations of families in the fifty years he practiced. He was much more than a chiropractor to his patients. He was a knowledgeable guide who was always available for their many health needs. Dr. Jim was devoted to his patients and was well-respected by them, as well as his peers.

Jim was a dedicated husband, father and grandfather. He loved his family deeply and enjoyed the yearly trips the family took to their homes in Puerto Rico and Cape Cod. These were special places for Jim. He treasured the many memories made there. Jim loved the outdoors, fishing, reading, and enjoying the sun on the beach. He spent many hours in his garden.

Jim was an avid fisherman and golfer. He was also a voracious reader with a lifelong thirst for knowledge and learning. Even in retirement, he regularly enrolled in classes to further his knowledge and he enjoyed topics focusing on religion and spirituality. Jim had an open mind and enjoyed conversations on many topics.

After the passing of his beloved wife, Barbara in 2015, Jim moved to Morristown to be closer to his family and grandchildren. His family will always treasure the six years that they were able to spend with him on a regular basis, especially with his grandchildren.

Jim leaves behind a beautiful legacy of dedicated, selfless care and service to his patients for half a century. His good-hearted nature, caring and devotion to his family and patients will be remembered by all that knew him. May he Rest in Peace.

In addition to his parents, Jim was predeceased by his beloved wife, Barbara Martin (née Minino). He is survived by his three sons, Craig Martin and his husband, Dan of Los Angeles, CA; Robert Martin and his longtime friend, Pat Byrnes of Webster, MA; & David Martin and his wife, Kate of Verona, NJ; one daughter, Deborah Adamo and her husband Gregory of Morristown; five grandchildren who he adored, Matthew, Emma, James, John & Glendin; and many dear friends and patients.

Due to the Martin family’s concern for everyone’s well-being, funeral services for Jim will be held privately at this time. A celebration of his life, and online memorial service is scheduled for Sunday, March 28, 2021. Funeral arrangements are under the care of the Madison Memorial Home.

Share Your Memory of
Dr. James W.
Upload Your Memory View All Memories
Be the first to upload a memory!
Share A Memory