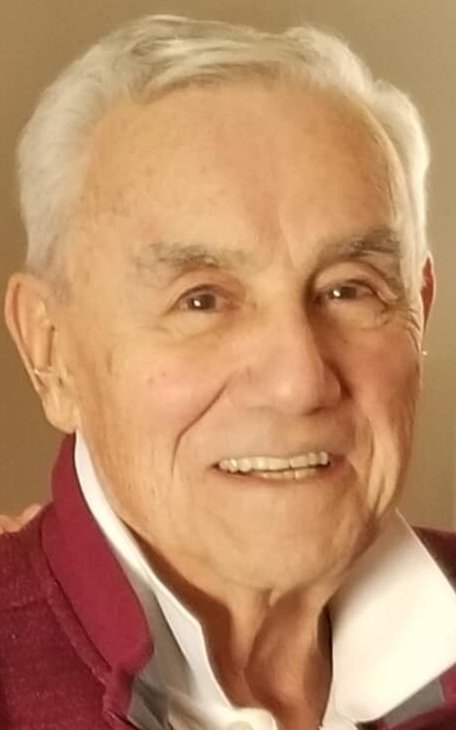 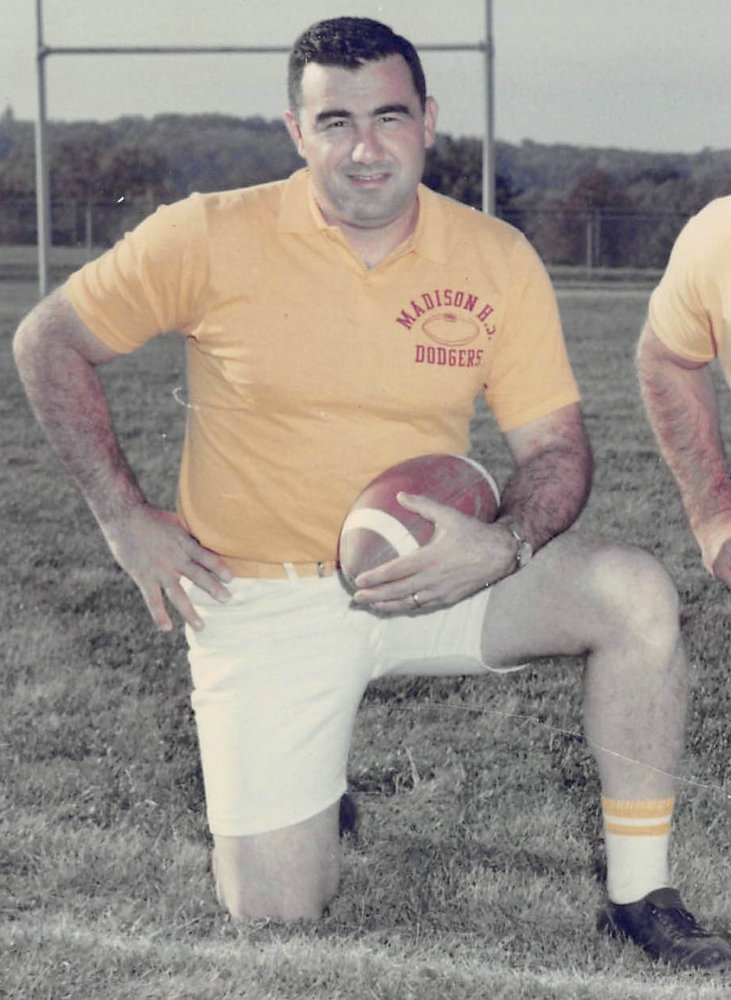 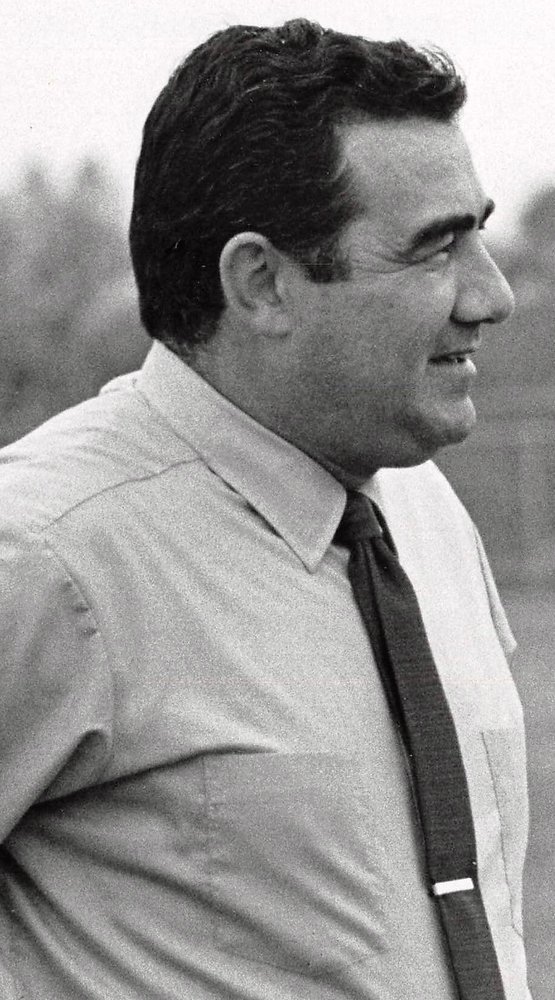 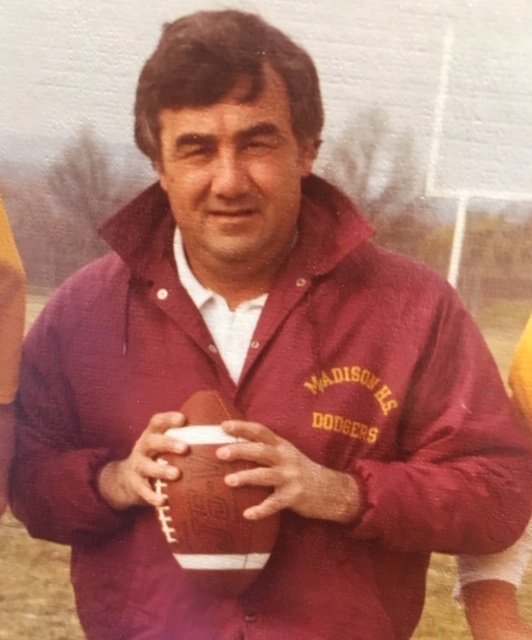 Coach Ted Monica, a longtime Madison resident, died peacefully at his home on Tuesday morning, March 3, 2020 surrounded by his loving family. He was 90.

Theodore A. Monica, Sr. was born and raised in East Orange, NJ on May 5, 1929 to the late Anthony and Rosina Monica (nee Fabbo). After graduating from East Orange High School, Ted went on to earn his undergraduate degree from Panzer College (now Montclair State University), as well as a Master’s Degree in Educational Administration. Ted proudly served in the United States Marine Corps during the height of the Korean War, earning a Purple Heart in 1953.

In 1954, after returning home from the war, Ted accepted his first position as an assistant coach with Jonathan Dayton Regional High School in Springfield. He was a natural leader and quickly gained the respect and admiration of his players.  He married the love of his life, the late Pasqualina “Lee” Monica (nee Esposito), on June 26, 1954. In 1955, he was offered the position of physical education teacher and head football coach by the Madison Board of Education and eventually also served as Director of Athletics for many years. He and his beloved wife, Lee, relocated to Brittin Street in Madison with their young family and eventually moved to Westerly Avenue in 1965, which remained the family home to this day.

Throughout Coach Monica’s career in Madison, he refined the football team to a Tradition of Excellence and put Madison on the map for high school football. He had high standards for both his students and athletes and it showed.  It has been said that Coach Monica took mediocre athletes and turned them into champions.  Under his guidance and in addition to nine State Championships and a thirty-eight game winning streak, the Madison High School football program held many other conference and county records throughout the years.  At one time, Coach Monica was named the all-time winningest coach in the State of NJ, and he held that title for many years.  Throughout the 1960’s, Coach Monica, under the guidance of Coach Vince Lombardi, ran the NFL draft day for the Green Bay Packers.  He was also very involved locally and was instrumental in overseeing the Madison Recreation Department for many years.  Coach Monica took great pride in ensuring that children of all ages in town had extracurricular sports and recreation available to them throughout the year. When called upon, Coach Monica also acted as interim Dean of Students at the high school and also served as the golf coach at Madison High School for many years. He retired from coaching in 1981 with a record of 177-50-4, however, he followed and remained active in Madison High School football for the rest of his life. He and his beloved wife, Lee, retired from education together in 1999.  After retirement, Coach Monica scouted for the Cleveland Browns. In 2007, the Madison Board of Education named the Madison High School football stadium in his honor -- Ted Monica Stadium at Twombly Field.

Coach Monica will remain in the hearts of several generations of the students and athletes he motivated and mentored over the years. Most of his former students credit him with their success, not only in sports, but throughout life. Many have gone on to become successful in business, life and for a few, the NFL.  They credit much of their success to the core values, respect of self and others, and motivation that Coach Monica instilled upon them at a young, impressionable age. Coach Monica followed many of his student’s careers well into their adult age and remained humble and proud of them well into his old age. He would glow when he heard a success story of one of his former students.

In addition to his parents, Ted was predeceased by his beloved wife, Lee, in 2011; one brother, Matthew Monica; two sisters, Theresa McKeever & Antoinette Kelly. He is survived by his four children, Mark Monica and his wife, Lori (nee Ruda) of Madison; Patricia Monica of Madison; Robert Monica of Delray Beach, FL; Theodore Monica, Jr. and his wife, Colleen (nee Milligan) of East Stroudsburg, PA.; his cherished grandchildren, Monica and Michaela Stricchiola, Robert, Michael, Jillian, Luke, Gino and Victoria Monica; many nieces and nephews; generations of students and athletes; lifelong friends; and his buddy and beloved dog, Coupe de Ville.

Relatives and friends are kindly invited to attend a visitation to honor and celebrate Coach Monica’s life on Sunday, March 8, 2020 from 1:00pm to 5:00pm, with a prayer service at 4pm, held at the gymnasium at Madison High School, 170 Ridgedale Avenue, Madison. Funeral Services will begin on Monday, March 9, 2020 at 9:00am at the Madison Memorial Home, 159 Main Street, Madison, followed by a 10:00am Liturgy of Christian Burial celebrated at St. Vincent Martyr RC Church, Madison. Entombment with military honors will follow at Gate of Heaven Cemetery, East Hanover.

For further information or to leave an online condolence message, please visit www.madisonmemorialhome.com

Share Your Memory of
Coach Ted
Upload Your Memory View All Memories
Be the first to upload a memory!