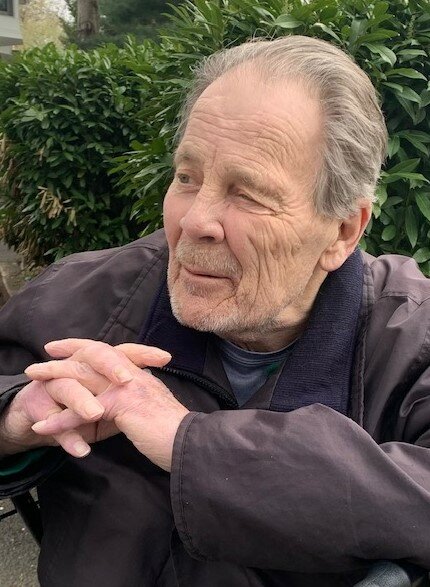 The son of the late Stephen and Laura Olear, Greg was the middle child, sharing a room growing up in Chatham Township with his older brother, Steven, and his younger brother, Jeffrey. He attended the now-defunct Bayley Ellard High School in Madison, where, sophomore year, he met Janice Olivieri (she usually sat behind him, because the nuns favored alphabetical seating). They have been together ever since.

They were married on June 6, 1970, right after he graduated from St. Leo’s College in Tampa, Fla. Their first son, Greg Jr., was born in 1972; Jeremy followed five years later. In between, his nephew, Jason, came along. His in-laws, the late Dominick and Pauline Olivieri, and his sister-in-law Mary Ann, practically lived next door.

Greg had a long career in insurance, working as a claims adjuster, and then in reinsurance and property/casualty for Prudential and AIG. He was well versed and respected among his colleagues, earning the Chartered Property Casualty Underwriter (CPCU) designation.

When it came to home improvements, there was nothing Greg couldn’t do. He did roofing. He did plumbing. He did masonry. He re-wired electrical circuits and rebuilt decks and installed kitchen cabinets. From the time the young family moved into the new prefab in 1978, the Olear house on Belleau Avenue became a sort of DIY laboratory. There was always some construction project going on, usually involving something heavy, like gravel, sheetrock, Masonite, and cinder blocks. He once poured concrete in the backyard just to rent a jackhammer a few months later to remove it. He re-did the basement floor no less than seven times; two weeks before his death, he was urgently trying to get someone to re-do the perfectly nice kitchen flooring, perhaps out of force of habit.

Greg was a loving, giving person, generous with his time and attention. He was always ready and willing to drive you to the airport, help unplug a clogged drain, paint your living room, and lend an ear or a hand. Not being able to fill that role was extremely difficult for him these last few years. He was also very funny—and not at all in a “dad joke” kind of way. (His funniest moments usually came when he was driving and cannot be repeated here.) His sense of humor never deserted him.

Greg is survived by Janice; Gregory and Stephanie Olear, of New Paltz, N.Y.; Jeremy Olear of Madison; his grandsons Dominick and Milo Olear, of New Paltz; nephew Jason Knevals of Madison and his son Dominick; Steve & Victoria Olear; Jeffrey Olear & Marsha; and many dear friends and family members. The family would like to thank all those who provided so much support during Greg’s last months, especially Diane & John Primavera and Phyllis & Peter Flemming.

Family and friends are kindly invited to attend the visitation on Wednesday, January 4, from 4:00PM to 8:00PM at the Madison Memorial Funeral Home, 159 Main Street, Madison.

A Mass of Christian Burial will be celebrated at 10:00AM on Thursday, January 5, at St. Vincent Martyr Church, 26 Green Village Road, Madison. The Mass may be attended virtually by visiting www.svmnj.org

Cremation will be held privately.

Share Your Memory of
Gregory
Upload Your Memory View All Memories
Be the first to upload a memory!
Share A Memory