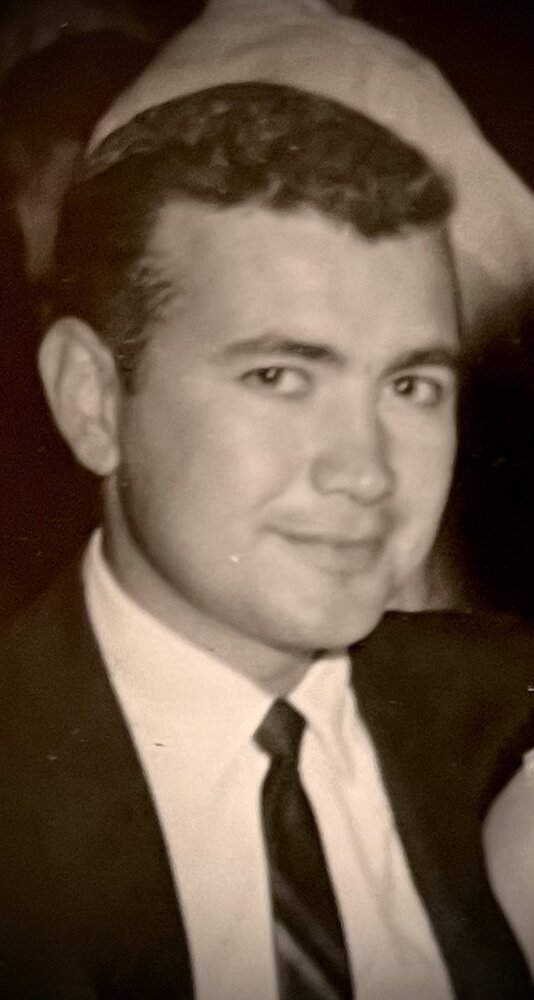 Carmen Anthony Castaldo, Jr., a longtime Florham Park resident, passed away peacefully at home surrounded by the love of his wife and daughters on Wednesday, December 7, 2022. He was 82.

Carmen Anthony Castaldo was a loyal family man who sacrificed his life working at UPS (for 20 years) to provide a better life for them. He worked night shift and overtime, pulling doubles as a feeder driver; (he would drive to either Worcester, MA and back to Secaucus, NJ or to Maryland and back every night). He always made sure he dedicated the time needed to raise his girls, by bringing them to their basketball games, and practicing with them, even though he was exhausted from working. He was always available to talk to and engage in deep conversations about life, always giving the best advice.  He countlessly told us he loved us, and that “we were his world."

Carmen was a deep thinker, always expressing his love by writing beautiful letters, and poetry, or writing poignant poems on overcoming life’s challenges. He was a powerful writer who poured his heart out in various letters and notes to his family. He enjoyed scrapbooking and kept all of life's precious moments in his scrapbooks. He had a romantic side, always cutting a rose from the garden to give to his wife Rita, or flowers to his kids.

He devoted his free time to his family. When his daughters were young, he would pack a lunch and take them in his Chevy to Great Adventure to spend the day. He also took them on many trips down the shore, where he loved to crab and fish, and to Bermuda and Disney. He was always up, first thing in the morning, and he thought he was funny, leaving the tea kettle whistling full blast on weekend mornings to get his wife and daughters out of bed while he was downstairs in the basement.

He also would spend countless hours playing with his grandchildren, taking them on trips, to the movies, to the mall, out for lunch, or even for rides on his scooter, tractor, or truck, driving them around the house. In addition to his family, he adored all of his dogs, especially his Bijon Frise (Benji), Old English Sheepdog (Obe), and his Collie (Lady).

He loved listening to 50’s music and classic country, and sang his heart out. As a gifted carpenter, he enjoyed wood working as well as tinkering in the basement. No task was too big for him to handle around the house.

His favorite hobbies were going to garage sales and bargaining for the best price, and cultivating his tomato plants and rose garden. He admired wildlife, and Native American culture, and felt a special connection to the outdoors and nature. He enjoyed going to Atlantic City, and was lucky enough to travel to the National Parks, and cruise in South and Central America and the Mediterranean Seas. In his younger years, he drove with Rita and their friends through the Alps, Hungary, and Italy, stopping in many small quaint towns to explore, and took a ferry boat to Greece.  He also liked to spend time with his brother Jerry and his nephews going hunting.

When running errands, he conversed with everyone, no matter where he went in town. He was always striking up a conversation with random people and quite an animated storyteller. He was a very logical thinker and excellent debater, and had a lot of good “common sense”. Also, he had a kind heart, and always extended a hand to help others.

Carmen was born at Margaret Hague Hospital in Jersey City on July 1st, 1940. He grew up in Bayonne, N.J. with his parents, Mary (Militello) and Carmen Castaldo, Sr., and siblings Jerry, Dolores, and one other.

When he was in his 20’s, he proudly served in the Army for 6.5 years, and was initially stationed at Fort Dix during peacetime.  He met his future wife, Rita (Wisniewski), at a wedding he did not want to attend. Upon seeing her for the first time, he immediately knew she was the one. They fell in love, and have been married for 59.5 years. He will always be loved unconditionally, and will always be in spirit with his daughters, Kristen Jankowski (Robert), grandchildren Andrew and Natalie Jankowski, and Laurie Ann Orlovsky (Scott), and grandchildren Lucia and Leo Orlovsky, as well as his brother Jerry (Pam) Castaldo.

Jerry has heartfelt memories growing up with his brother on 50th Street and Avenue B. Even though they had their own group of friends, everybody knew one another from the neighborhood, and there were always so many friends to pal around with. They played lots of games outside, including diamond ball, and always had fun playing tricks and being mischievous at times. He has many happy memories spending time with Carmen that he will always remember.

Last, Carmen has lots of nieces and nephews, and will always be remembered in their hearts and minds, in addition to his cousins, friends, and other family members.

I want to thank Carmen’s caretaker, Rosa, who went above and beyond, and was always very patient and kind, treating him with the dignity and respect he deserved. In addition, I would like to thank the other caretakers that helped sustain his life for as long as he lived.

Relatives and friends are invited to attend a visitation for Carmen held from 3:00 PM to 7:00 PM on Monday, December 12, 2022 at the Madison Memorial Home, 159 Main Street, Madison.

Funeral services will begin at 9:00 AM on Tuesday, December 13, 2022 at the funeral home, followed by a 10:00 AM Mass of Christian Burial held at St. Vincent Martyr Church, 26 Green Village Road, Madison.

In lieu of flowers, charitable contributions in Carmen's memory may be made to the Wounded Warrior Project, 4899 Belfort Road, Suite 300, Jacksonville, FL 32256 or to Morris County Meals on Wheels, PO Box 1706, Morristown, NJ 07962.

Share Your Memory of
Carmen
Upload Your Memory View All Memories
Be the first to upload a memory!
Share A Memory