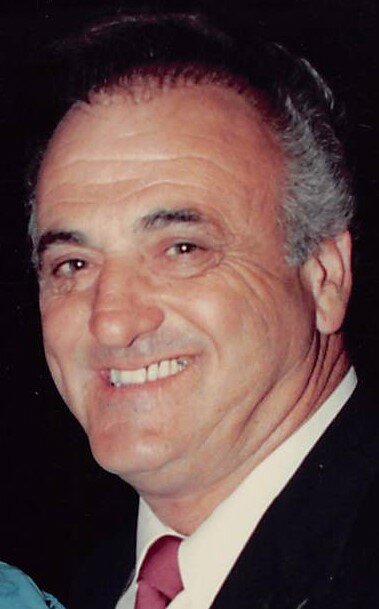 Anthony F. Montagna, a lifelong Madison resident, passed away peacefully on Monday, November 21, 2022 at the age of 88.

He was predeceased by his beloved wife, Irene Montagna (née Veter); one son, Vincent Montagna; and one brother, Frank Montagna.

Anthony was born in Madison on August 13, 1934 to the late Anthony S. and Mary J. Montagna. He was raised in Madison with his three siblings, graduating from St. Vincent Martyr School and then Madison High School in 1953.

After graduation and in the midst of the Korean War, Anthony enlisted in the United States Air Force in February of 1953. He was stationed at Fairchild Air Force Base in Spokane, Washington. In 1954 Anthony first met his wife Irene, a Spokane native, while he was stationed at Fairchild. The couple were instantly inseparable and were married in 1955. Anthony was honorably discharged from the Air Force in February of 1957 after dedicating four years of service to the Air Force.

Anthony and Irene settled in Madison where they welcomed four children into the family. Anthony worked tirelessly to provide for his family and he was a wonderful father. Everything he did in life was for his family.

Anthony was a professional truck driver for his entire career, establishing his own trucking company, A.F. Montagna Trucking of Madison in 1968. Prior to his starting his own firm, Anthony worked as a truck driver in the late 1950’s for Esso, Dugans Bread Co. and lastly Red Bird Line, also known as Cardinale Trucking in East Hanover.

Anthony was an antique car and truck enthusiast, attending many car shows throughout his life. He also enjoyed WW2 history and aircraft.

Relatives and friends are invited to attend the visitation held from 1:00 PM to 5:00 PM on Sunday, November 27, 2022 at the Madison Memorial Home, 159 Main Street, Madison.

Funeral services will begin at 9:00 AM on Monday, November 28, 2022 at the funeral home, followed by a 10:00 AM Mass of Christian Burial held at St. Vincent Martyr Church, 26 Green Village Road, Madison.