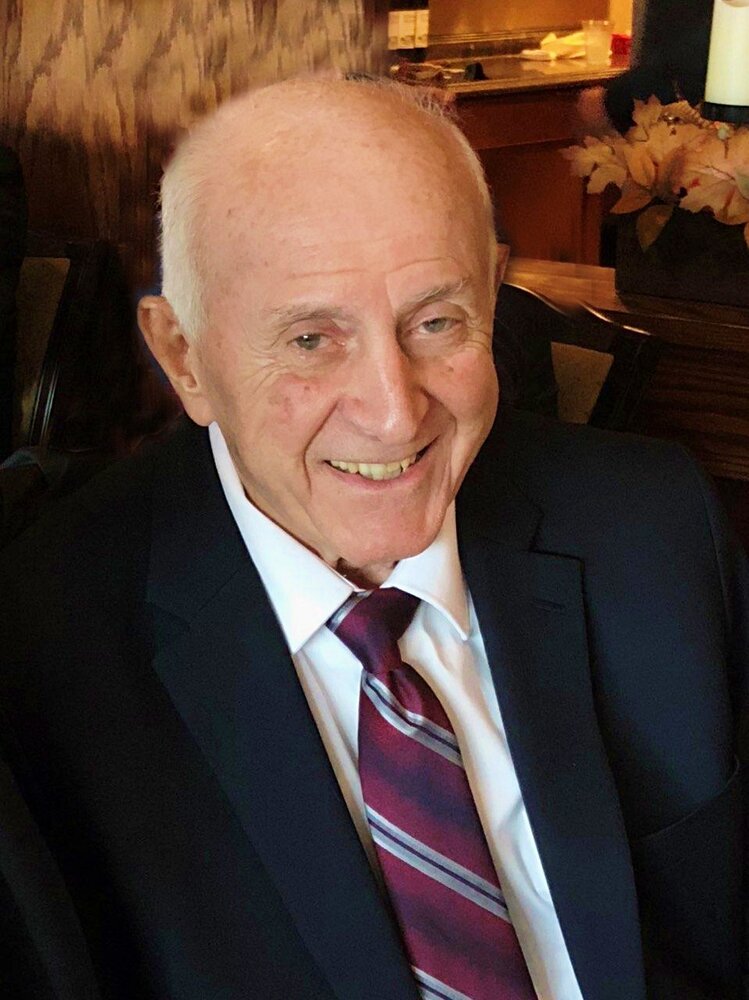 Michael E. Lucia, 93, a lifelong resident of Morristown, N.J. passed away peacefully on Tuesday, November 15, 2022 at his home surrounded by his loving family.

Relatives and friends are invited to attend the visitation on Sunday, November 20th from 2:00-5:00 PM at the Madison Memorial Home, 159 Main St., Madison, N.J. The funeral will be held on Monday, November 21st from the funeral home at 9:00 AM with the Funeral Mass to be offered at 10:00 AM at St. Margaret Church, 6 Sussex Ave, Morristown, N.J. Entombment will follow at Holy Rood Cemetery and Mausoleum.

Michael was born on July 25, 1929 in Morristown, N.J. He was the son of Mary (nee Lanza) and James J. Lucia, Sr. He was a graduate of Morristown High School class of 1946 where he played varsity football and was a member of the Flynn Boys Football Fraternity. A proud veteran of the United States Army, he served his country as a member of the World War II era Army of Occupation, stationed in Germany.  He was employed as a Munitions Foreman at Picatinny Arsenal for 27 years. He was then employed as an Administrative Services Manager for AT&T/Lucent for 12 years, retiring in 1989.

Michael was a devout catholic and a parishioner of St. Margaret Church. He was a longtime member of the Columbian Club in Morristown. An avid sports fan, he especially enjoyed football and baseball. He was a better than average bowler. Michael volunteered as a coach for youth baseball. Travelling with his family was a joy, he loved cruising and trips to Italy.

Michael is survived by his loving children, Janice Sztuk and her husband Michael, Michael A. Lucia, Bethann Lucia, and James Paul Lucia. He was the cherished grandfather of Sarah Sztuk and Michael Sztuk, Jr., dear brother of Anthony Lucia and his wife Priscilla, and the brother-in-law of Nancy Caruso. He is also survived by a host of loving nieces, nephews, extended family and friends. Michael was predeceased by his beloved wife, Ruth "Rocky” Lucia (nee Caruso), his brother, James J. Lucia and his wife Jean, brother-in-law Peter Paul Caruso and sister-in-law Dolores Garcia and her husband John.

In lieu of flowers memorial donations in Michael’s memory may be made to the Gary Sinise Foundation, supporting veterans and first responders https://www.garysinisefoundation.org or the American Diabetes Association https://diabetes.org/ .