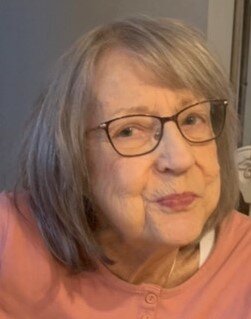 Judy, a native New Yorker, was born in the Bronx on July 7, 1946. She and her older sister, Margaret, grew up in Rego Park, Queens. Both parents were career-minded and raised their daughters to be independent, responsible and street-smart. As a young girl, Judy’s family enjoyed visiting her grandparents at their farm in Pennsylvania and spent summer vacations at Bolton Landing, Lake George.  Judy graduated from Saint Nicholas Commercial High School in Brooklyn in June of 1963, but her biggest dream was to one day marry and become a mother. In 1969, she married her best friend and love of her life, “Bobby” Chesney and the couple was soon blessed with a son, whom they named after dad and called “Scott”. Less than two years later, the couple received the blessing of their precious daughter, “Tracy”.  Judy’s children meant everything to her.

While Bobby worked his way up on the NYSE, first as a Stock Broker and then a Specialist, Judy dreamed of owning her own home. Judy worked nights at Bridgeview Nursing Home to make her dream a reality and in 1976, the family proudly moved into their very own residence in Flushing, Queens.

The family joined St. Mel’s parish and both Scott and Tracy attended St. Mel’s R.C. School. Judy was able to stay at home, became involved in her church community and renewed her Catholic faith. Bobby became a tremendous tennis fan and discovered a magical place for their family to summer. The family-of-four joined Sun and Surf Beach Club, taking residence at their cabana, “E-10”, from Memorial Day to Labor Day! Judy loved watching her children grow and learn to swim, play tennis and make friends. Judy enjoyed the ocean and beach-club life with her family, relishing in coffee-klatches with her girlfriends, family dinners and jovial events with other couples at the beach club bar.

In 1983, Judy received the devastating news that she was diagnosed with breast cancer and bravely underwent aggressive measures, including a mastectomy and chemotherapy.  After a rough one-year fight, with the support of friends, Judy came out a winner …and her spirituality grew much stronger. Judy became involved at St. Paul’s Center’s Cursillo Program in Brooklyn, where she began to share her love of Christ with her family, her friends and most anyone she found undergoing hardship.  She became a counselor for those going through rough times and her kitchen phone rang off the wall as friends called in search of her caring, consolation, wisdom and advice.

In 1990, Bobby received the devastating news of lung cancer.  Judy remained his rock as he fought cancer and won, and then fought again the next year and lost his battle. In 1991, Judy buried her husband. In 1995, she lost her sister Margaret, as well. Judy took some time to recover, but good things were on the horizon. Scott and Tracy graduated college, joined the workforce, both married and blessed Judy with a total of six grandchildren: four boys and then two girls. Her grandkids brought renewed joy into her life! Judy moved to Malverne, NY to be closer to her grandkids and start anew. Judy enjoyed her cozy home, knitting, crocheting and lunching with friends. She loved to watch her grandkids play sports and attended many backyard BBQs. However, Judy continued to struggle with her health, undergoing two lung reduction surgeries before requiring oxygen for five years.  After nine attempts, Judy was the lucky recipient of a lung transplant at Columbia in 2008.  This tremendous gift provided a new opportunity for life and time she might not have had with her children and grandchildren. She was able to participate in family functions, attend group vacations and create wonderful memories. During this time, Judy adopted a kitten named “Carlos” and gave him a happy home.

In 2016, Judy moved with Carlos to Madison, NJ to spend time near her daughter and son-in-law and her other set of grandkids, renting a home on their street. This convenience provided new opportunities to connect with growing teenagers that she loved so very much.  Judy enjoyed morning coffee with her daughter and her friends, door-dash soirées with her grandsons, nail appointments with her granddaughter, many family dinners …and the thrill of constant QVC deliveries! She appreciated being served a good meal and enjoyed a nice cocktail and good conversation. Judy played Bejeweled and Solitaire on her iPad daily and became an expert at online ordering!

As time passed, Judy faced many subsequent health-challenges; she bravely faced each obstacle as it came her way. Judy’s spirituality was her greatest strength and she often said, “God has a plan for me”.  While she experienced one setback after another, she miraculously bounced back again and again with the incredible medical care she received at Columbia. She was grateful for all the blessings God gave her and became an inspiration for others facing challenges of their own.

While Judy has gone home to Heaven now, we will forever be grateful for the lessons and wisdom she passed along to her family and friends.  Her grit, determination, faith and her kind and gentle soul will be missed greatly. She will forever hold a place in our hearts. Godspeed - and as she would always say, “With Love and Prayers, Grandma”.

Relatives and friends are kindly invited to attend a visitation to celebrate Judy’s life from 5:00 PM to 9:00 PM on Tuesday, November 15, 2022 at the Madison Memorial Home, 159 Main Street, Madison.

Funeral services will begin at the funeral home at 9:00 AM on Wednesday, November 16, 2022 followed by a 10:00 AM Mass of Christian Burial that will be celebrated at St. Vincent Martyr Church, 26 Green Village Road, Madison. Those who wish may attend the mass virtually by visiting www.svmnj.org. Interment will be held privately for the family.

Share Your Memory of
Judith
Upload Your Memory View All Memories
Be the first to upload a memory!
Share A Memory