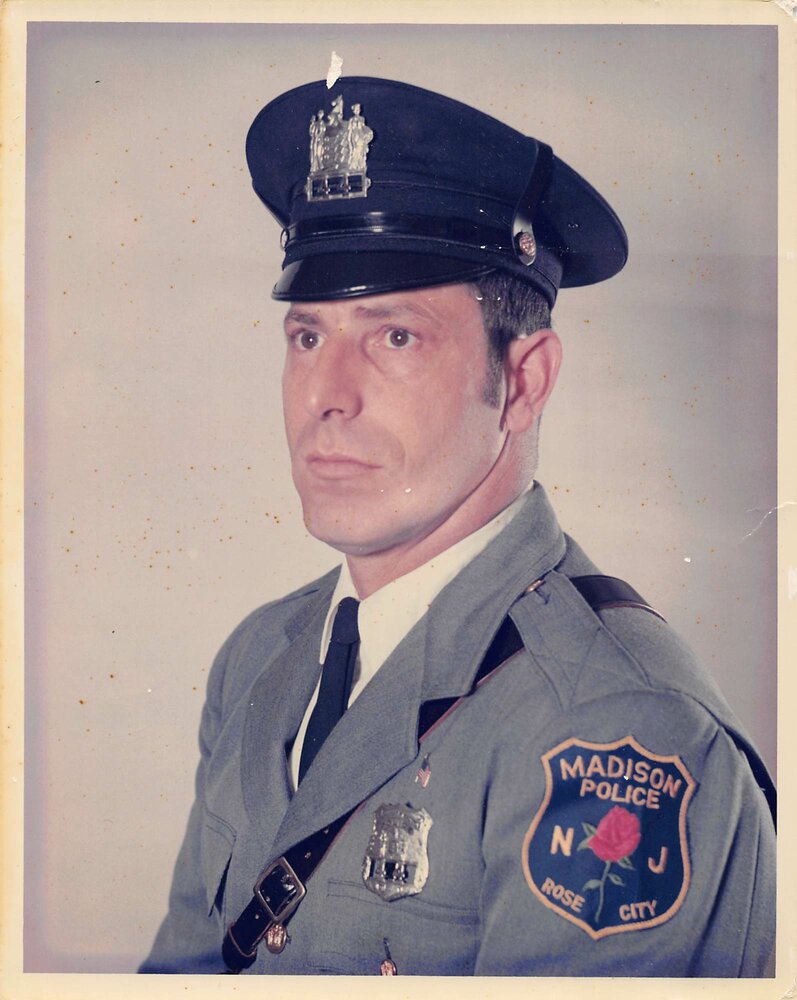 A local icon was lost when Carmen Granato passed away peacefully at his Madison home on Friday morning, September 23, 2022. He lived an incredible life for 88 years.

Born in Morristown, but a longtime resident of Madison, Carmen (better known as “Buddy” to what seemed like most of the country who knew him) had retired from the Madison Police Department as a Detective Lieutenant.

Raised in Morristown, Carmen was the youngest of twelve older siblings (preceded in death) to the late Angelo and Josephine Granato. In addition to his parents and siblings, Carmen was preceded in death by his beloved wife of 60 years, Helena (nee Spinozzi). He is survived by one daughter, Lenora Granato; one son, Christopher Granato (Lynn); two granddaughters Chelsea (Nikolas) and Alexandra; two sisters-in-law Anne DeBellonia and Ida Anderson (Gerald) of Boonton; one brother-in-law Gabe Spinozzi (Lynda) of Boonton Township. He will be greatly missed by many nieces, nephews and close family friends.

Carmen initially worked with the Public Service Electric and Gas company as a pipe installer and equipment operator before joining the Madison Police Department as a patrolman. He served the community with distinction earning awards for bravery and service throughout his career. He worked his way up the ranks to lead the detective bureau before retiring. He was a proud graduate of the Federal Bureau of Investigation National Academy in December 1982. His criminal investigation skills enabled him to successfully work with many Federal and State Agencies in assisting with their cases. A self-taught photographer, he took on the role as the official department photographer and was instrumental in setting up the Departments photography lab to develop their own accident and crime scene photos. An accomplished private pilot, he worked as an aerial photographer for multiple counties and State agencies. Carmen held the rank of Distinguished Expert and represented the Madison Police Department in competitive pistol matches held all over the country. He built the Madison Police pistol range and was responsible for training both the Madison and Florham Park police departments officers. He was an exceptional leader and friend and his selfless dedication to helping others will be remembered by the many lives he touched.

He was an amazing father who gave so much of himself and was always there for his wife, kids, grandchildren, extended family and friends. Everyone counted on him and he never let anyone down.

Friends and relatives are kindly invited to attend a memorial visitation for Carmen on Sunday October 23, 2022, from 12:00 PM to 4:00 PM at the Madison Memorial Home, 159 Main Street, Madison, NJ.

In lieu of flowers, charitable contributions may be made in Carmen’s memory to Cure Alzheimer's Fund at CureAlz.org or Cure Alzheimer's Fund, (781) 237-3800, 34 Washington Street, Suite 310, Wellesley Hills, MA 02481. Or please feel free to give to the charity of your choice.

Share Your Memory of
Carmen
Upload Your Memory View All Memories
Be the first to upload a memory!
Share A Memory