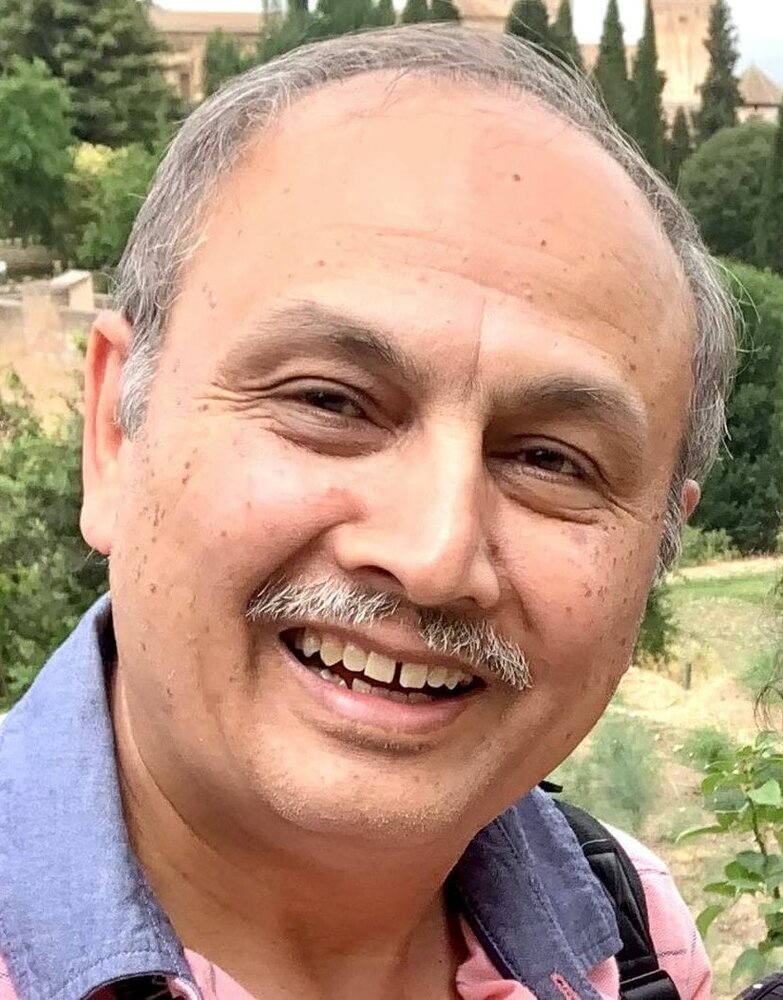 Our beloved Sanjiv Kumar Sharma passed away in his home in Morristown, New Jersey surrounded by his family on September 12, 2022.

Sanjiv was born in Agra, India on August 22, 1956. His loving parents, the late Mr. Narbhdeshvar & Mrs. Pushpa Sharma raised him in Delhi with his two brothers, Dr. Girish and Dr. Prafulla Sharma. His father was a public defense attorney and his mother helped raise the three boys. Sanjiv went on to study Electrical Engineering at Delhi College of Engineering.

It was during his job at Tata Consulting Services in New Delhi, in 1983 that he met and fell in love with his wife, Kiron. They went on to settle in New York and New Jersey and raise a family with two charming and accomplished daughters; Shivani and Ambika. Sanjiv completed his MBA in Global Finance at Baruch College and had an accomplished career as a management consultant and enterprise architect with a passion for emerging technologies, and working for Fortune 500 companies including Goldman Sachs, IBM, Amex, Infosys and JP Morgan.

Throughout his life, Sanjiv’s smile and humor spread laughter and joy. He made life-long friends at every stage of his life that have grown to cherish his warmth and spirit. Sanjiv would say his greatest treasure was his family. He regarded his daughters, sons-in-law, nieces and nephews as his pride and joy. He loved to be involved in all parts of their life and was their number one fan and coach in all they chose to endeavor. He was widely traveled and worldly himself, and Sanjiv took every opportunity to experience every corner of the world and culture possible.

Sanjiv especially enjoyed hiking with his family and their beloved dog, Mickey. He loved playing tennis, biking and being immersed in alternate views of the universe such as Lord of the Rings, Star Wars, and the world of Harry Potter.  Sanjiv was naturally curious, and constantly reading and educating himself. This curiosity manifested in his love for acquiring the newest technology and his creative abilities have also resulted in many ingenious fixes around the home.

Sanjiv was greatly empathic and strong willed, always thinking a few steps ahead to take care of others. He was deeply passionate about environmental protection, women’s rights, human rights, and bettering the world around him. He was a dedicated member of the Morris County Environmental Commission and an elected County Committee member for years; advocating for many projects to improve his community.

Sanjiv left this world too soon. He lit up every room he walked into and he will be dearly missed. He is survived by his loving wife, Dr. Kiron Sharma, and his two daughters and their loving spouses, Drs. Shivani & Surein Theivakumar and Drs. Ambika Sharma & Sonny Caplash.

Relatives and friends are kindly invited to attend the Hindu funeral rite on Thursday, September 15, 2022 from 10:00 AM to 12:00 PM at the Madison Memorial Home, 159 Main Street, Madison.

Share Your Memory of
Sanjiv
Upload Your Memory View All Memories
Be the first to upload a memory!
Share A Memory