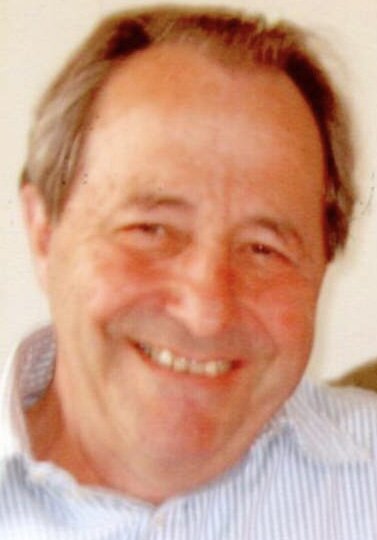 Born in Belleville, New Jersey on September 8, 1937, to Italian American immigrant parents (who came over aboard the Andrea Doria and entered the U.S. through Ellis Island), Ron grew up in Belleville and went to Belleville High School, where he played football and worked part-time at a bowling alley. The youngest of six children, he grew up around his extended family, which instilled a sense of responsibility to family that he carried with him all his life. After high school, he worked and attended Essex County College, where he received an associate degree. One night, hanging out at the Kearny Yacht Club, he met Mildred LaCapra, who lived nearby in Newark and had gone to Central High School there. Soon Ron and Millie were dating; they married in 1963.

Ron was drafted into the U.S. Army in 1960 and served until 1966. In the Army, he received training on computers, specializing in the cutting-edge field of data processing. This work was done on huge mainframe computers utilizing punched paper cards, and his Army training led him right into the workforce as a computer specialist upon his discharge in 1966.

Ron and Millie started a family; son Joseph was born in 1970, daughter Laura in 1971, and son Steven in 1973. The family moved out to the suburbs, buying a house in East Hanover. Ron decided to finish college, and attended Fairleigh Dickinson University in Florham Park at night, after working all day while Mille stayed home to raise their children. Ron was always there for his kids, coaching sports and attending concerts and events. Family vacations to the Jersey Shore and time spent with relatives and friends took up their free time as the kids grew up. All three children graduated from Hanover Park High School and settled in the area. Ron loved sports and could always be found at home tending to his lawn and gardens.

As empty nesters, Ron and Mille developed a passion for travel, going on trips together until Mille passed away in 2009, including visits to Europe, Hawaii, the Caribbean, and several cruises. Ron continued to travel on his own for several years and had a special passion for traveling to Italy and sharing his stories about the trips. He also enjoyed attending his grandchildren’s sports games. Ron is survived by son Joe and his wife Kim; daughter Laura and her husband John; son Steve and his wife Elaine; his grandchildren Nicholas, Jennarose, Jack, Anna, Celia, T.J., Gianna and Sophia; sister Alice; and many loving nieces, nephews, cousins, and friends.

Relatives and friends are invited to attend a visitation for Ron held on Thursday, September 1, 2022, from 4:00PM to 8:00PM at the Madison Memorial Home, 159 Main Street, Madison.

Funeral services will begin at 9:00AM at the funeral home on Friday, September 2, 2022, prior to a liturgy of Christian Burial celebrated at 10:00AM at St. Vincent Martyr Church, Madison.

Share Your Memory of
Ronald
Upload Your Memory View All Memories
Be the first to upload a memory!
Share A Memory