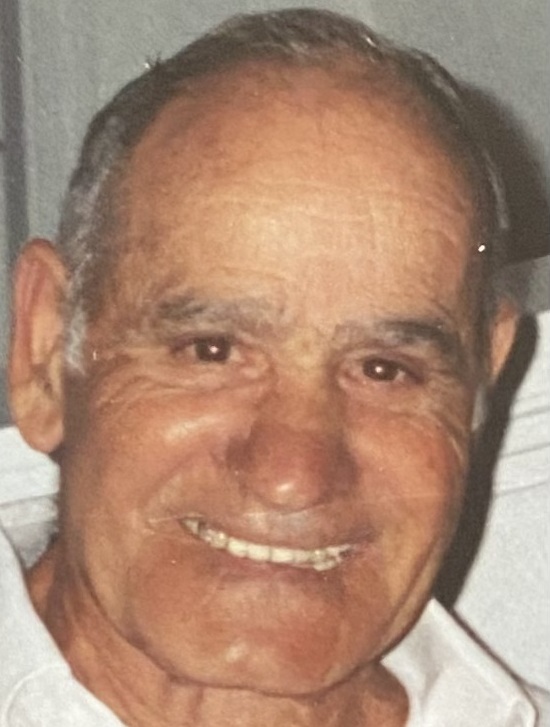 Nicholas Louis Sapio, 95, passed away peacefully surrounded by his family on Sunday, August 21, 2022.

Nicholas was born on Park Avenue in Madison and remained in town for his entire life.  He graduated from Madison High School where he was a star baseball player who was recruited by the St. Louis Browns.  Nicholas (Nick) answered the call to serve his country when he enlisted in the U.S. Navy at the age of 18.  He was commissioned on several different ships and received many honorary medals, one for his role as a captain of a small amphibious vessel guiding ships in the Pacific during the Battle of Guam in WWII.  Nick was honorably discharged after proudly serving for 2 years.

Nick married “the girl across the street” Marie Freda on September 27, 1952.  Nick worked as the Superintendent of the Florham Park Wastewater treatment plant and in his free time he did landscape work to support his family.

Nick and Marie were married for 68 years and raised their three daughters in the house that Nick had built and resided in until he passed. Nick coached both baseball and softball.  He also umpired baseball and remained close to the game he loved.

Nick was an avid golfer perfecting his skills throughout the years. He was always in search of the famed “hole in one”.   Nick also enjoyed landscaping and giving landscaping tips.  He was known for his “lush green lawn”.  One of his favorite past times was to search for the perfect spot where “sponge mushrooms” grew.  Nick and Marie loved to travel, and he enjoyed collecting duck decoys from his travels.  He also took pride in his own duck carving creations and wooden birdhouses.

He was a lifelong parishioner of St. Vincent Martyr Church where he and Marie were familiar faces at Sunday mass.

He loved cheering for his grandchildren and great grandchildren from the sidelines at many of their sporting events. He also loved giving golf tips and lessons to his family sharing his experience from his many years of playing.

Nick was the ultimate “family man” and would do anything for his family.  He was a friend to all and willing to lend a helping hand at a moment’s notice.

Relatives and friends are invited to attend a visitation for Nick held on Wednesday, August 24, 2022, from 4:00PM to 8:00PM at the Madison Memorial Home, 159 Main Street, Madison. Funeral services will begin at 9:00AM at the funeral home on Thursday, August 25, 2022, prior to a liturgy of Christian Burial celebrated at 10:00AM at St. Vincent Martyr Church, Madison. Those who wish can attend the mass virtually by visiting www.svmnj.org. Interment with military honors will follow at St. Vincent’s Cemetery, Madison.

Charitable contributions can be made in Nick’s memory to the American Heart Association, 7272 Greenville Ave, Dallas, TX 75231.

Share Your Memory of
Nicholas
Upload Your Memory View All Memories
Be the first to upload a memory!
Share A Memory