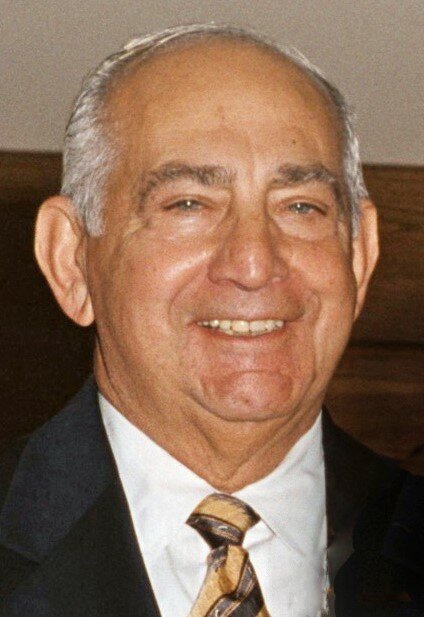 Peter L. Pugliese, a longtime Chatham resident, passed away peacefully at his home on Saturday, August 20, 2022 surrounded by the love of his family. He was 92.

Peter was born in Newark on February 27, 1930 to the late Antonio Vincenzo and Antonette (née Rosati) Pugliese. He was raised in Newark with his six siblings in a loving family.

Peter married his beloved wife Gloria Ann (née Bucciarelli) on May 26, 1951, and the couple first settled in Belleville before coming to Chatham in 1970. They built their own house at the top of a hill and resided there for the remainder of their lives.

Peter had a long and fulfilling career as Senior Vice President with Dictograph Security Systems, a division of the Perl Organization in Florham Park. During his time with Perl, he played a significant role in the development of Grand Bahama Island. He could take on any challenge and enjoyed tinkering, building, and fixing just about anything. Peter worked hard to become a successful man and provide for his family, and he succeeded in leaps and bounds. He was a wonderful husband, father, grandfather, and great-grandfather.

Peter took great pride in restoring vintage cars with his son-in-law, and he enjoyed boating Lake Hopatcong and the Jupiter Intercoastal Waterway with his family. He was an animal lover and liked to spend time gardening and making stained glass. Each autumn, he enjoyed winemaking with his friends under their own label, PVM. He had a second home in Jupiter, Florida that he adored, and he would often spend the winter months there with his family.

Peter will be remembered for always being young at heart, and he will be deeply missed by all who knew and loved him.

In addition to his parents, Peter was preceded in death by his beloved wife of 67 years, Gloria Ann Pugliese; his son-in-law Walter F. Bronson; and his siblings Philomena Mariano, Michelina Tinnirello, Sam Pugliese, Paul Pugliese, Anthony Pugliese, and Leonard Pugliese. He is survived by his devoted daughters Gloriann Bronson and Lisa Pugliese and her companion James Campanelli; two cherished grandchildren Dr. Stefanie Bronson and Kimberly Cerretti and her husband Richard; two treasured great-grandchildren Gabrielle and Samuel Cerretti; and many nieces, nephews, and dear friends.

Charitable contributions in Peter's memory may be made to the Cancer Research Institute (CRI), 29 Broadway, Floor 4, New York, NY 10006-3111.