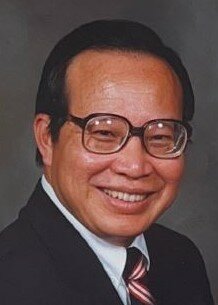 Obituary of Peter L. An

Peter An, a longtime Morristown resident, passed away peacefully on Thursday, June 23, 2022. He was 83.

Peter was born in Saigon, Vietnam on May 1, 1939 to the late Chat K. Le and Tho T. Dinh. He grew up in and around Saigon with his six siblings whom he took care of as the eldest son. In his childhood, Peter enjoyed playing soccer and practicing martial arts.

Peter was granted a scholarship to go to school in the United Sates and departed for the University of Wisconsin Madison in January of 1959. He was the first in his family to go to the United States. Upon arriving in Wisconsin, Peter was surprised to find much colder temperatures and even snow! He obtained his master’s degree from the University of Wisconsin in statistics and economics.

Peter had a long career with Bell Labs and later AT&T as a Statistician. He had a very strong work ethic and enjoyed his career very much. He moved to Madison, NJ when he received a promotion and came to work for the Basking Ridge office. It was in Madison where Peter met his beloved wife Maria (née Palazzo). The couple married on August 30, 1980 and settled in Morristown.

Peter enjoyed the simple things in life. He liked to go out to eat at restaurants, bowling, and watching musicals on tv. He also loved his dogs and, above all, he adored spending time with his family. He was a great father, husband, and friend, and he will be deeply missed by all who knew and loved him.

In addition to his parents, Peter was predeceased by his brother Bang. He is survived by his beloved wife of 41 years, Maria An; his son David An; his daughters Marcy Howell (Ryan) and Veronica An; his siblings Vu (Tam), Ky, Sy, Hong, and Hang; his cherished grandchildren Emma and Nora; and many nieces, nephews, and dear friends.

Relatives and friends are invited to attend a memorial visitation for Peter on Thursday, June 30, 2022 from 9:00AM to 11:00AM at the Madison Memorial Home, 159 Main Street, Madison, followed by a funeral service at 11:00AM at the funeral home. Entombment will follow at Hollywood Memorial Park, Union.

In lieu of flowers, charitable contributions may be made in Peter’s name to the American Heart Association, 7272 Greenville Ave, Dallas, TX 75231.