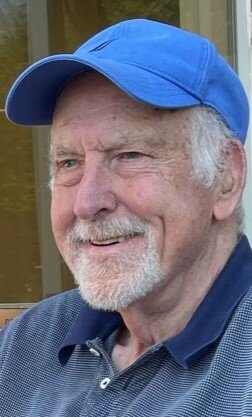 Obituary of Edward B. Gamba

Edward B. Gamba, of Warminster, PA died peacefully on Friday, June 17, 2022 at home with his loving family by his side. He was 88.

He was predeceased by his dear grandson, Sean Needham and his brother, Rudolph Gamba.

Ed was born in the Bronx on March 25, 1934 to the late Emilio and Claudina Gamba where he and Rudy were raised. Ed was always proud of his Italian American heritage.

After graduating from high school, Ed went on to earn his bachelor’s degree from City College of New York, and his MBA from, Bernard M. Baruch School of Business and Public Administration. Ed served in the United States Army before his honorable discharge in 1961.

Ed married his beloved wife Igea on April 23, 1960. They bought their first home in Brewster NY before settling in Somers, NY where they lived and raised their family for many years. He had a long career with IBM in Westchester County, NY where he specialized in finance.

Ed was active in the community as a scout leader and a longtime parishioner of St. Joseph’s Church in Croton Falls. He was an incredible father and would do anything for his family and friends.  Ed was proud of all of his children, adored his grandchildren tremendously, and lived and breathed for his wife Igea.

Ed loved the outdoors and was an avid fisherman. He loved to read and play card games, especially poker and gin with his longtime friends. It was well known by Ed’s family and friends that he successfully completed the Sunday New York Times Crossword puzzle each weekend along with the word cryptogram, which kept his mind sharp. He loved good food and wine and spending quality time with his family, especially his grandchildren.

Ed had an irreverent sense of humor and loved to tell a good joke. He had a warmth and good-hearted nature that will be deeply missed by all who knew and loved him.

Relatives and friends are kindly invited to attend a visitation for Ed from 9:00 AM to 10:00 AM on Thursday, June 23, 2022 held at the Madison Memorial Home, 159 Main Street, Madison immediately followed a Liturgy of Christian Burial that will be celebrated at 10:30 AM at St. Vincent Martyr Church, 26 Green Village Road, Madison. Those who wish to attend the Funeral Mass virtually can visit svmnj.org.

Entombment will be held privately for the family.

In lieu of flowers, the family has requested that charitable contributions in Ed’s memory may be made to the Loyola Jesuit Center Memorial Garden for Ed Gamba and Sean Needham, 151 James Street, Morristown, NJ 07960 www.loyola.org/give (please include memorial garden for Ed Gamba in the comments section)

Share Your Memory of
Edward
Upload Your Memory View All Memories
Be the first to upload a memory!
Share A Memory