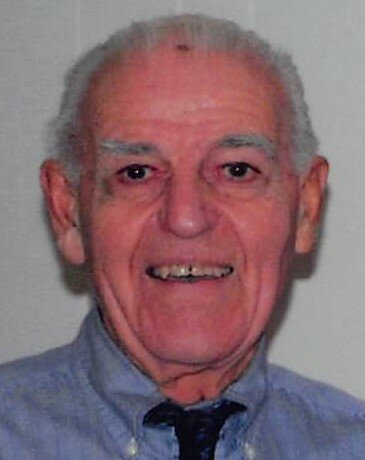 Obituary of Bonaventure A. Donnamaria

Bonaventure “Ben” A. Donnamaria, a longtime Madison resident, passed away peacefully surrounded by the love of his family on Thursday, June 16, 2022. He was 98.

Ben was born in Morristown on January 25, 1924 to the late  Anna (Francis) and Louis Donnamaria. He was raised in Morristown with his three siblings. After graduating from high school, Ben enlisted in the United States Army and served his country honorably during World War II.

Ben enjoyed a long career as a mail carrier with the United States Postal Service out of Morristown. After retiring from there, he worked in the mailroom at Automatic Switch in Florham Park for some time.

Ben was a kind and gentle soul who enjoyed the simple things in life. He loved food, especially pasta, and he enjoyed the outdoors tremendously, especially the beach. He liked to go for walks with his wife Marie, and the couple enjoyed spending time together at their condo in Delray Beach, Florida. Above all, Ben loved spending time with his family. He will be deeply missed by all who knew and loved him.

In addition to his parents, Ben was preceded in death by his first wife Mary in 1983; and siblings John Donnamaria and Lucy Cherry. He is survived by his beloved wife of over 35 years, Marie Donnamaria; his daughter Roxanne Donnamaria and her husband Mark Smith; his step-daughter Cynthia Millin; his sister Anna Calcagno; and many nieces, nephews, and dear friends.

Funeral services for Ben are being held privately for his family under the care of Madison Memorial Home.

In lieu of flowers, charitable contributions may be made in Ben’s memory to a charity of your choice.

Share Your Memory of
Bonaventure
Upload Your Memory View All Memories
Be the first to upload a memory!
Share A Memory