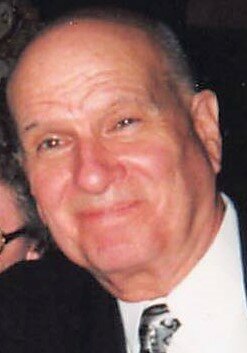 In addition to his parents, Al was predeceased by his wife, Joyce Fargnoli née Gehring in 2008 and their two-day old baby daughter, Mary Fargnoli in 1959.

Al was born in Newark on December 8, 1930 to the late Helen née Erbs and Albert Fargnoli, Sr. He and his sister Gloria were raised in Newark, before moving to Irvington where he graduated high school.

Al enlisted in the United States Army during the Korean War, serving two years from 1953 to 1955 before his honorable discharge.

Al married his beloved wife Joyce on January 31, 1959 and lived in Bloomfield. The couple eventually moved to Flanders where they settled and raised their family.

Al had a long career spanning over three decades with the Essex County Sheriff’s Department as a deputy and court attendant at the Essex County Courthouse in Newark. In his retirement Al enjoyed spending time with his family and watching old movies and classic television shows.

Al and Joyce moved to Budd Lake in 2006 to live with their daughter and son-in-law.

Al was a gentle, kind-hearted and generous man who lived an uncomplicated life. He will be deeply missed by his family.

Relatives and friends are kindly invited to attend a visitation on Monday, April 11, 2022 from 4:00 PM to 8:00 PM held at the Madison Memorial Home, 159 Main Street, Madison.

All are kindly invited to gather at the funeral home at 9:00 AM on Tuesday, April 12, 2022 prior to the Liturgy of Christian Burial that will be held at 10:00 AM at St. Vincent Martyr Church, 26 Green Village Road, Madison. Those who wish to attend the Funeral Mass virtually can visit svmnj.org.

Interment with military honors will follow at Gate of Heaven Cemetery, East Hanover.

In lieu of flowers, charitable contributions may be made in Al’s memory to the Alzheimer's Association or to the American Cancer Society.

Share Your Memory of
Albert
Upload Your Memory View All Memories
Be the first to upload a memory!
Share A Memory