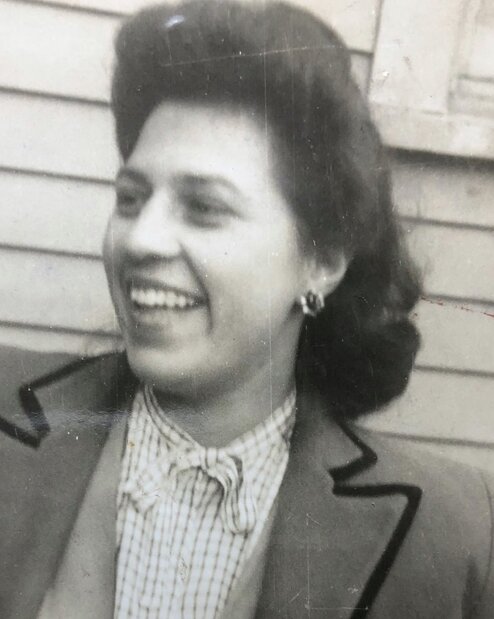 Sarah Zeitz Chapman, longtime resident of Madison NJ, passed away peacefully on St. Valentine's Day morning at the age of 101. She was predeceased by her husband Robert Lundquist Chapman, her son Geoffrey Gustav Chapman, and two brothers, Irving and Louis Zeitz. Sarah was born on May 16, 1920, in the Coney Island neighborhood of Brooklyn, NY. Her parents, Isidor and Clara (Margolies) Zeitz had emigrated from Czarist Ukraine, fleeing the pogroms of the late 19th century.

She grew up in Lakewood NJ, and met her husband while attending the U of Michigan/Ann Arbor. They were wed August 8, 1942, and while Robert served overseas, Sarah worked in light manufacturing and in the administration of ration cards in NYC.  After the war, they lived in several college towns in Michigan, New York, Pennsylvania, and New Jersey.  Wherever their growing family lived, Sarah had a remarkable gift for making new friends, many of whom became friends for life.

They were a devoted couple up until Robert's passing on January 2nd, 2002.  Together they enjoyed sailing, travel, tennis and singing in local choirs. She was an active member of the Drew University community, where Robert taught in the English Department for many years. A lifelong learner, she audited classes, was a constant reader, and skilled Scrabble player, often besting opponents many decades her junior.  On the morning of her passing, two friends were on the way to see her for the regular weekly Monday Scrabble game.

Sarah was involved in a variety of community affairs, working with the Fair Housing Council of Northern New Jersey and the League of Women Voters, and was a member of the Morristown Unitarian Fellowship.  She was an avid gardener and frequent visitor to the Frelinghuysen Arboretum.

Funeral services for Sarah are being held privately for the family and are under the care of the Madison Memorial Home. A memorial service will be announced at a later date.

In lieu of flowers those wishing to honor Sarah's memory are encouraged to contribute to either the Robert L Chapman Poetry Prize given by the Department of English at Drew University, Madison NJ, or the Florence and Irving Zeitz Social Justice Internship Fund administered by the University of Michigan School of Public Health, Health Behavior and Health Education Department, Ann Arbor MI.  Details for giving online are shown below.

The Chapman Prize in Poetry

Established in 2005 to celebrate the rich legacy of Robert Chapman, a distinguished teacher, linguist, lexicographer, medievalist, and poet who taught at Drew from 1966 to 1986, by honoring extraordinary undergraduate achievement and promise in the writing of poetry.

Please designate your gift on the webpage to the Chapman Prize in Poetry and make it in memory of Sarah Chapman.

Support for students who reflect a strong dedication to equity and human rights in their field work.

Share Your Memory of
Sarah
Upload Your Memory View All Memories
Be the first to upload a memory!
Share A Memory