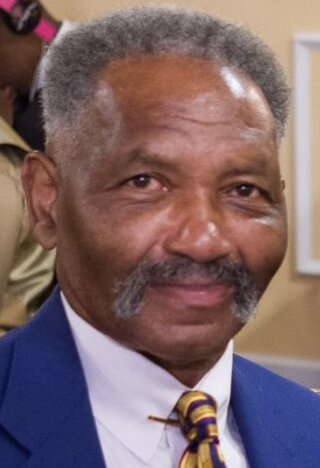 Curtis James Baten was born in Jenkinsville, SC to Willie Mark Baten and Elease (Murphy) Baten on April 19, 1940.  Curtis was the third born and first son of four children.  With his parents and siblings, Curtis moved to Madison, NJ in 1942, back to Jenkinsville, SC in 1946 after a family emergency and he moved back to Madison at the age of 15 in 1955.

Curtis’ early education was at St. Barnabas Episcopalian Private School and Camp Liberty School in Jenkinsville, SC.  When relocating back to Madison he attended the original Madison High School which is now the Madison Junior High School.

Curtis met and married his wife Annie Vernice (Sally) Baten (deceased) in Madison after her family relocated from Chase City, VA in 1957.  They were joined in marriage on November 24, 1962, at First Baptist Church of Madison.  To this union four daughters were born. His daughters were his pride and joy. The family resided at 34 Central Avenue until 1986 when Curtis and Ann relocated to Morristown, NJ which is where Curtis remained after Ann’s passing in August of 2020.  They were married for almost 59 years at her passing.

Curtis was a member of Bethel AME of Madison where his daughters attended for part of their childhood.  He was a regular visitor of Bethel AME, Morristown over the years after moving to Morristown.

Curtis was a Tradesman with many talents.   First employed with several local businesses he desired to be self-employed.  He successfully founded and ran his company Cadillac Cleaning Services holding contracts with several local businesses including Sam Gordon’s Store and Warehouse, Madison Travel, Bethel AME; and Automatic Switch.  The business was operated out of their family home.  His many skills included refurbishing one room to an entire home, full landscaping, lawn care, snow removal, stone paving, and more.  If he didn’t know how to do it he would learn it.  He was proud of the work and detail that he gave to every service.  At the tender age of 80, you would still see Curtis driving his red pickup or black Suburban loaded with his equipment moving from house to house in the summer for lawn care and snow removal in the winter.

Relatives and friends are kindly invited to attend a visitation on Monday, February 14, 2022 from 9:30 AM to 11:30 AM at the Madison Memorial Home, 159 Main Street, Madison, followed by an 11:30 AM funeral service held privately for the immediate family at the funeral home. Interment will follow at Evergreen Cemetery, Morristown. For the safety of all, we respectfully require masks during the visitation and funeral service.

In lieu of flowers please send donations to the church home of his childhood that he made regular donations to over the years.  They say home is where the heart is and a part of his heart always remained in Jenkinsville, SC.  White Hall AME Church, 8594 SC-215, Jenkinsville, SC 29065.  Please place on memo line “in memory of Curtis Baten.”

Share Your Memory of
Curtis
Upload Your Memory View All Memories
Be the first to upload a memory!
Share A Memory