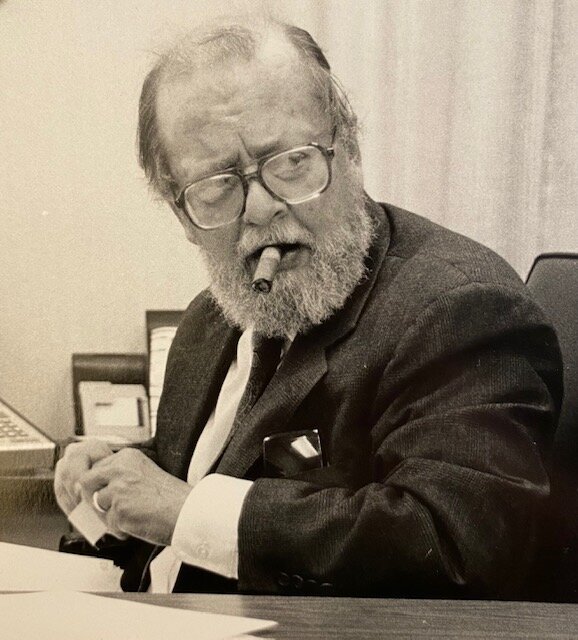 Jerry is survived by his devoted wife of 66 years, Sally Cochran (nee Miller); his sons, Jeffrey and John Cochran; his daughter, Diane Cochran; and one grandson, Christopher. He was predeceased by his sister, Sharon Crist.

Jerry was born in Des Moines, IA to the late Ernest and Polly Cochran, where he and his sister were raised. He earned his Bachelor of Science degree in chemical engineering from Iowa State University.

Jerry was married to his beloved wife Sally and the couple relocated to Chatham, NJ after Jerry accepted a position at Allied Chemical in Morristown. The couple raised their family in Chatham, living in Hoboken for about 30 years before retiring back to the suburbs in Madison.

He was a wonderful father and grandfather. Jerry loved his family deeply.

Jerry had a brilliant mind and was a distinguished chemical engineer with Allied Chemical for many years. He spearheaded many projects for the company with his extensive knowledge and in 1980 Jerry patented a process he developed to purify phenol using a reduced rate of energy.

Jerry loved sailing and was well-versed in celestial navigation. He proudly taught the ancient skill to others. He was a member of the Lackawanna Sail & Power Squadron boating organization for many years.

Jerry was an avid reader and loved complex mathematics and problem solving. He always accepted a new challenge to keep his mind limber. He was an automobile and train enthusiast and loved to learn how things worked.

In his retirement, Jerry loved the beach and spending many summers with his family and neighbors at his summer home on Cape Cod. Jerry often extended summer vacations well into October so that he and Sally would not miss the Wellfleet OysterFest.

Jerry loved music, especially jazz and big band music, and he never turned down a good cigar and a martini.  World travel became a passion for Jerry and Sally in their retirement. They were fortunate to visit many different countries and create many wonderful memories.

Funeral services for Jerry are being held privately for his family and are under the care of the Madison Memorial Home.

Share Your Memory of
Jerry
Upload Your Memory View All Memories
Be the first to upload a memory!
Share A Memory