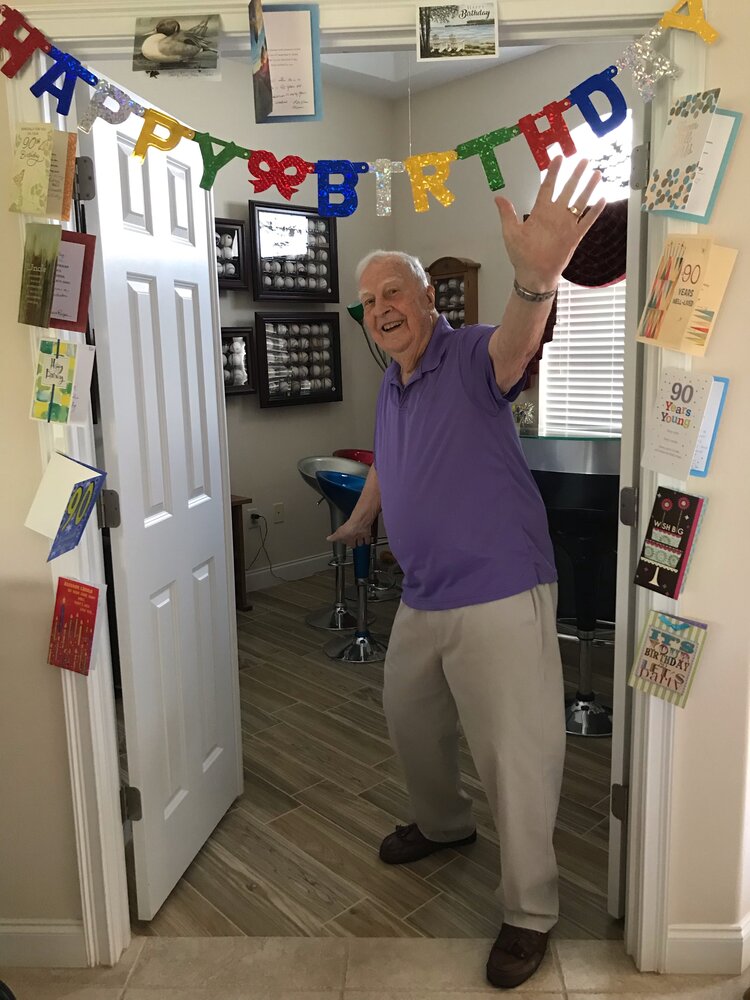 Raymond George “Ray” Ritthamel, born in Chicago and a Lifelong Bears fan passed away peacefully at age 90 on December 24th2021 of natural causes in Melbourne, Florida.  He had his wit and playful attitude until the end, but his battle with the results of congestive heart failure were just too much.

He was preceded in death by his wife Mildred, mother of his three sons, as well as former wife Isobel.

Ray leaves behind his three sons – David married to Nancy (and sons Alexander and Ryan and his great-granddaughter Rylie), John married to Karen (along with daughter Mallory and son Jackson) and Steven married to Kimberly Rice (and daughter Sienna).  His hard work put all three boys through college and he was always there if you needed him.  He also leaves behind his loving wife Nita (he’d always say “Just Nita.  Not A-Nita”) and her daughters Deborah married to Gary, Laurie married to Jim, and son Kenneth married to Ana as well as 7 grandchildren and 12 great grandchildren. All of us will miss him dearly.

After marrying Mildred Cimaglia from Madison NJ, he served in the Army at Fort Leonard Wood, Missouri.  After his service he was climbing telephone poles for the local electric company before “bucket trucks” were invented.  Through the years he was given many awards and recognitions, and eventually worked his way through the ranks to become Director of Safety & Security for General Public Utilities in New Jersey and Pennsylvania where he assisted in the clean-up of the Three Mile Island nuclear incident.  He was a charter member at the Holmes Regional Medical Center Heart wing and was a significant donor and active member of St John’s Catholic Church.  A cheer cart and welcome host volunteer at several hospitals in the Melbourne area, he brought a smile to many a face.

As children, we remember him bringing home videos of horrific motorcycle accidents to discourage his three sons from ever riding one.  “Resussi-Annie” seemed to be a regular visitor, too, as we practiced our CPR on the living room floor over and over and over.  The taste of the alcohol wipes for cleaning her mouth is still fresh on our lips.

Ray always had fun with people, and his jokes got more colorful with the years.  Always the host, he had a fully stocked bar at the ready for anyone who visited. Family parties were always at “The Ritts” and he liked to enjoy his Manhattan.

A viewing will be held on Friday, January 7th at the Ammen Family Funeral Home (1001 Hickory Street Melbourne FL) from 5:00 to 7:00 PM with a mass at St John’s Catholic Church on Saturday, January 8th at 10am (5655 Stadium Parkway, Viera FL).  After being transferred to New Jersey, he will be laid to rest beside his children’s mother Millie with a brief Military graveside service on Saturday January 15th at 10am. It will be at the St Vincent’s Cemetery in Madison NJ. All are welcome to these services.

In lieu of flowers, the family asks that you make a donation to the St. Jude Children’s Research Hospital.

Share Your Memory of
Raymond
Upload Your Memory View All Memories
Be the first to upload a memory!
Share A Memory