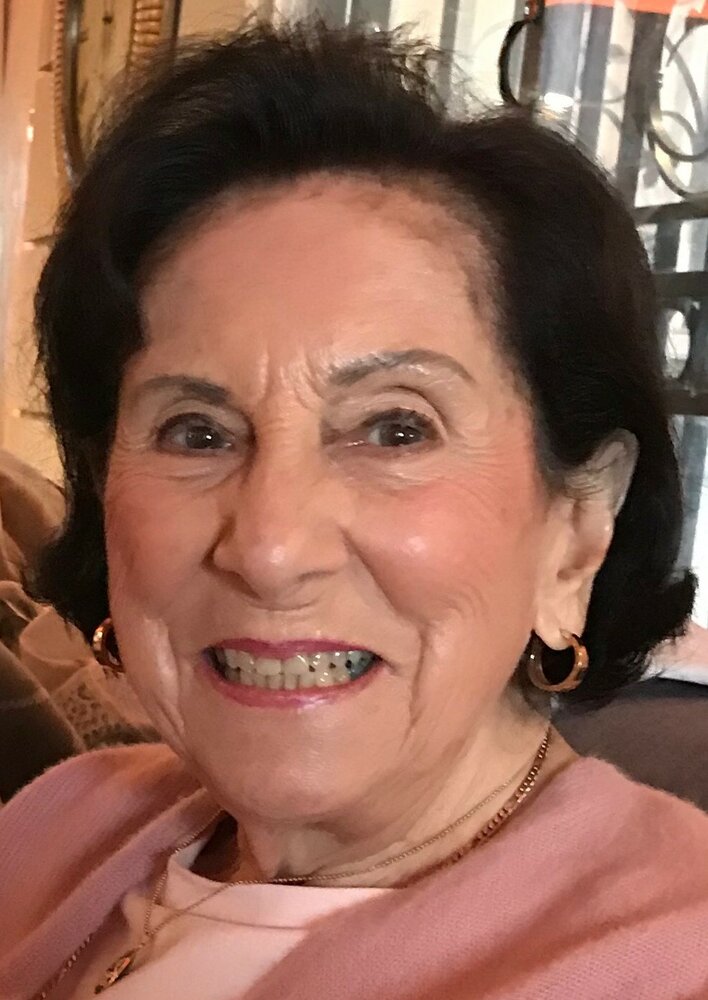 Doris Z. Valenta, of Madison, NJ, passed away peacefully on Monday, November 29, 2021, at Morristown Medical Center. She was 93.

Doris was born and raised in Brooklyn, NY on April 23, 1928, to the late Frank and Marion Zero. She was the youngest of her two siblings, Anthony and Domenick.

After graduating from Bay Ridge High School, Doris was accepted to the City College of New York where she majored in accounting. As one of very few women in her class, she excelled in college both academically and socially. She was elected president of the Newman Club, a Catholic organization on campus where Doris first met her husband of 66 years, Louis Valenta (Lou). The couple were engaged at their senior prom and married in January of 1951. Upon graduation from CCNY, Doris accepted a position with Pan American Airlines, while Lou pursued a career in advertising and sales. Both career paths afforded and instilled in them their lifelong love of world travel and family vacations.

Doris and Lou spent their first years together in Sunnyside, Queens. Then in 1959, they settled in Glen Cove, Long Island where they welcomed three children, Louis, Victoria, and David. Doris put her career on hold while her children were young. She was a wonderful, loving mother, involved in all aspects of their lives as well as many community activities. Doris was also an active parishioner in St. Patrick’s Church in Glen Cove and had a strong faith, which she instilled in her children.

Doris enjoyed golfing, bowling, and playing bridge with the women’s social league of Glen Cove, where she forged many lifelong friendships. Doris and Lou had many dear friends and enjoyed an active social life. Doris loved to sing and dance and enjoyed planning a good theme party for the “group” as she fondly referred to them.

In 1975 Doris returned to her formal career in accounting when she accepted a position at Flower City Architectural Metals in Sea Cliff, Long Island, where she worked her way up to Assistant Controller. She retired in 1998 to begin the next chapter of her life as a full-time grandmother. Doris was delighted with her new role and treasured the time she spent with her six granddaughters. She and Lou also continued their occasional trips, domestic and abroad, visiting family and friends and throughout retirement.

Shortly after the passing of her beloved husband Lou, Doris moved to Madison, NJ in 2019 to be closer to her children and grandchildren.

In addition to her parents, Doris was predeceased by her husband, Louis Valenta, Sr.; her brothers, Anthony and Domenick Zero; and her son-in-law, Robert Burger. She is survived by her children, Louis (Maria) Valenta, Victoria Burger; and David (Sun Ju) Valenta; cherished granddaughters, Alexandra, Noelle, Adrianna, Elizabeth, Jenna, and Ava; her sister-in-law Marie Zero as well as many loving nieces and nephews.

Relatives and friends are invited to attend a memorial Liturgy of Christian Burial to celebrate Doris’ life at 11:00 AM on Saturday, December 4, 2021, held at St. Vincent Martyr Church, 26 Green Village Road, Madison. For those that wish, you may attend the Funeral Mass virtually via livestream by visiting www.svmnj.org. Funeral arrangements are entrusted to the Madison Memorial Home.

In lieu of flowers, the family requests that charitable contributions be made in Doris’ memory to the ASPCA.

Share Your Memory of
Doris
Upload Your Memory View All Memories
Be the first to upload a memory!
Share A Memory