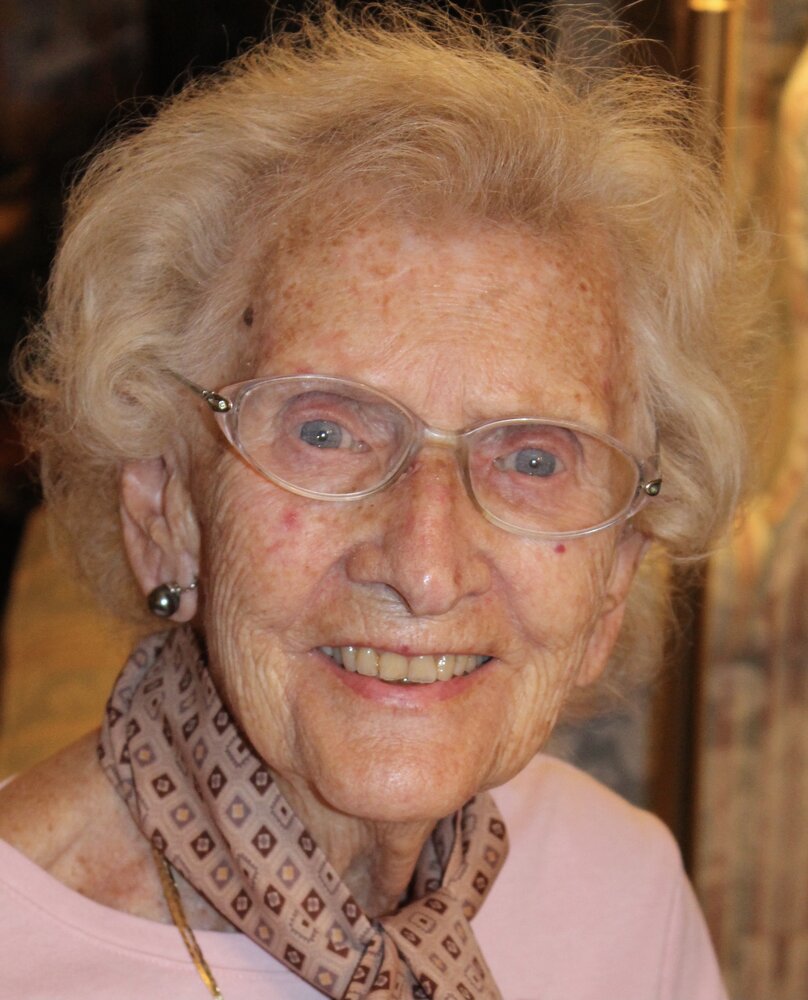 Marian S. Frost (née Semplenski), a longtime Madison resident, passed away peacefully in her sleep on Tuesday, November 23, 2021 at Brookdale Assisted Living in Florham Park. She was 97.

Marian was born on November 8, 1924 to the late Anthony and Pelagja Szemplenski. Marian along with her brother, John and two sisters, Genevieve and Helen, were raised in Irvington in a loving, Polish Catholic family. She attended the Sacred Hearts School, where she learned to read, write, and speak Polish.  “Mania” as she was also called, was the 8th grade class valedictorian giving her 8th grade graduation speech in Polish.  She went on to attend Irvington High School and graduated in 1942.

Marian met a handsome WWII veteran, John “Jack” Bradley Frost at a roller rink and the two quickly became a couple. Marian and Jack were married in Las Vegas in 1945.  They eventually settled in Madison, where they would welcome their daughter, Jacqueline and their son, Brian into their young family. After her children were born, Marian put her career on hold to become a full-time mother. She was very active in her children’s activities and was especially fond of her years as a Girl Scout leader for her daughter’s troop.  After her children were older, Marian began a new career as a bookkeeper with the Exxon Car Care Center in Madison, where she worked for twenty years.

Marian and Jack created many wonderful memories for their children, especially their summer trips to Longboat Key, Florida and Long Beach Island, NJ, that left a lasting impression on their children.

Marian's lifelong interest in photography lead her to document many family events and vacations on Super 8mm film. Marian’s artistic eye and fascination of photography inspired her daughter Jacqueline’s career as a Professor of Cinematography.

Marian was always ready for adventure and enjoyed traveling.  She often recounted a trip to Hawaii, and her numerous travels throughout Europe.  She was especially happy to have had the opportunity to also visit Poland on one of those occasions.

She had a zest for life and terrific wit. She loved to laugh and treasured her family and friends. Marian’s warmth, good nature and smile will be deeply missed by all who knew and loved her.

She is survived by her daughter, Jacqueline Frost, her spouse, Raquel C. Mendieta of Madison & her son, Brian Frost and his spouse, Trish of Riverview, Florida; and four grandchildren, Jackson, Anabella, Andrew and Lauren; her sister-in-law, Shirley Niesz; one niece, Kathy Niesz; two nephews, Tom Semplenski & Greg Niesz; and many dear friends.

Relatives and friends are kindly invited to attend a memorial visitation from 10:00AM to 12:30PM on Thursday, December 9, 2021, held at the Madison Memorial Home, 159 Main Street, Madison. At 11:00AM a short video will be presented celebrating Marian's life followed by a few eulogies. After the visiting hours, a 1:00PM Memorial Liturgy of Christian Burial will be held at St. Vincent Martyr Church, 26 Green Village Road, Madison. For those that wish, you may attend the Funeral Mass virtually via livestream by visiting www.svmnj.org. *For the safety of all, the family kindly requests that all those attending the visitation and funeral services wear a mask regardless of vaccination status.

Share Your Memory of
Marian
Upload Your Memory View All Memories
Be the first to upload a memory!
Share A Memory