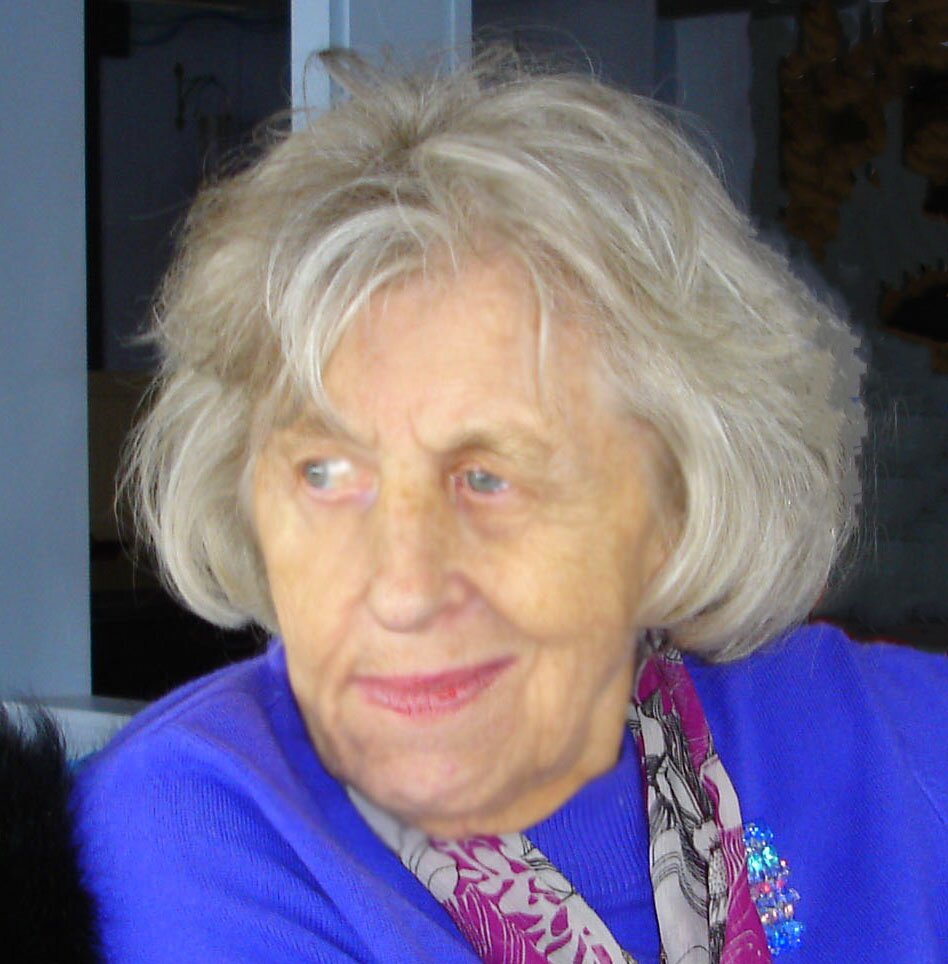 Lilli Plato (née Tomson), of Chatham, passed away peacefully surrounded by the love of her family on Tuesday, October 26, 2021. She was 94.

Lilli was born in the town of Pärnu, Estonia on August 12th, 1927 to the late Jaan and Anna Tomson. She grew up on the family farm with her siblings Linda, Salme, Ants and Jaan. As a result of the battles of WWII across Estonia, the Tomson family was forced to flee from the Russian occupation in 1944 and spent 5 years in Displaced Persons camp in Germany. Her brother Jaan was unable to escape and lived out his life in Estonia -- which thankfully regained its independence in August 1991, enabling Jaan to visit the family in the USA.

In 1949, the family emigrated to New York through a sponsorship from the Estonian Lutheran Church. With basically the clothes on their back, they immediately began to reestablish their lives working in NY. In 1953, the family acquired an apple orchard near Goshen, NY where they all worked together. Lilli proudly became a naturalized U.S. citizen in 1955.

Lilli met up again with her future husband Aksel Plato, also an Estonian emigree who she had met in Germany where they were confirmed together. They married and had daughter Ly in 1960 and son Enn in 1961.

Aksel, Lilli, Ly and Enn lived in Rockville Center, Long Island, where Aksel continued to work in construction and Lilli cared tirelessly for her children. In 1971, they purchased a home in Bayshore, Long Island to continue bringing up their kids. Lilli also lovingly took in her mother Anna to spend time together and live out her years.

Aksel passed away in 2001 and Lilli decided to remain in Bayshore where she continued to tend to her home and gardens as she loved to be outside. After son Enn’s passing in 2008, Lilli moved in with Ly and her husband Toomas in Chatham, NJ.

Lilli continued to love being outside, taking walks, exercising, sitting on her swing, going on days trips to parks with Ly and Toomas, seeing friends and sharing her wonderful memories of Estonia and her family. Lilli, Ly and Toomas cherished their 14 years living together!

In September 2021, Lilli was hospitalized at Morristown Medical Center after breaking a vertebra in her back. She had the will and desire to come back home. Under challenging circumstances, Lilli gave it her all with physical rehabilitation at Morristown Post-Acute Physical Rehabilitation where Ly and Toomas were with her every day. She told Ly to bring her home, so the arrangements were made. On her last day, with Ly and Toomas at her side, she was alert, knew she was coming home and acknowledged our love as we awaited transport to take her home. As fate would have it, the transport ran late -- and Lilli decided that home was to be with God!

Lilli is survived by her daughter Ly Kilm and her husband Toomas Kilm and his sister Pia Kilm, sister Linda Wenz, brother Ants Tomson, many nieces and nephews and their children and grandchildren.

Services are being held privately for Lilli's family under the care of the Madison Memorial Home.

In lieu of flowers, if you’d like to donate in honor of Lilli Plato, here’s a link to one of her favorite Estonian organizations that brought up generations of kids (and enabled Ly and Toomas to meet) -- her cherished Estonian Boy and Girl Scout camp: http://jarvemetsa.org/

Share Your Memory of
Lilli
Upload Your Memory View All Memories
Be the first to upload a memory!
Share A Memory