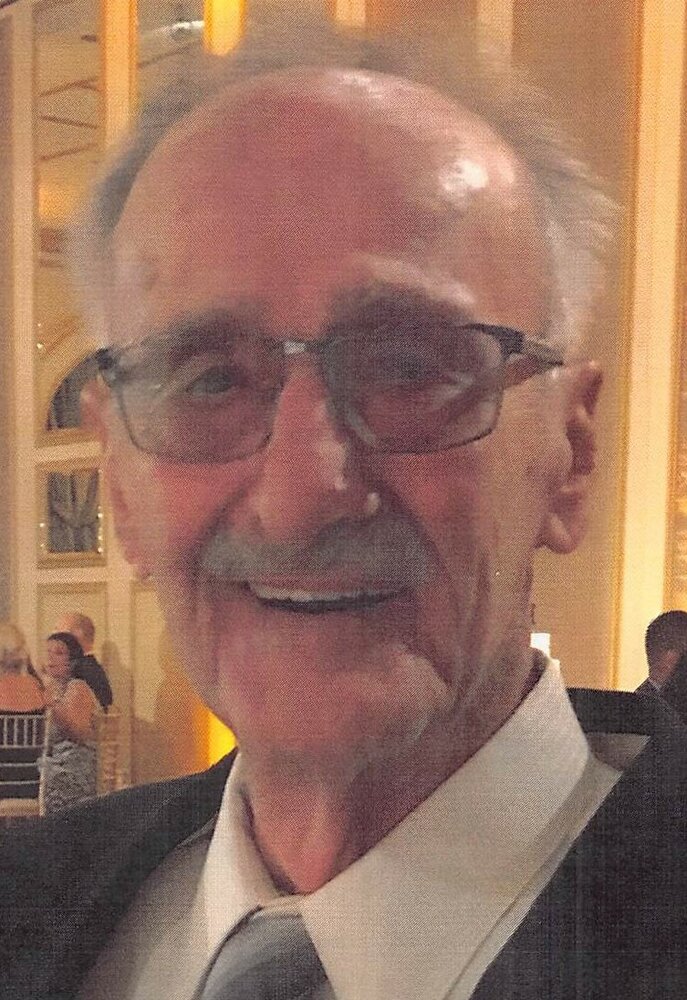 Dominic J. Prisco, a longtime Florham Park resident, passed away peacefully on Friday, September 17, 2021, at the age of 93.

Dominic was born in Madison, NJ on July 15, 1928, to the late Tony and Jenny Prisco. He was raised in Madison in a loving family of six children.

After serving his country honorably as a US Marine during World War II, Dominic met the love of his life, the late Angeline Prisco (née DeLorenzo). The couple were married on August 22, 1948 and settled in Florham Park to raise their family.

Dominic had a long career as a mason with the Local Union 21 of Morristown and was a member of Florham Park Fire Department Company 2 for 34 years. He and his wife were also longtime parishioners of Holy Family church in Florham Park.

Dominic loved to go hunting with his kids. He was a founding member of the Florham Park Pistol & Rifle Club and even started a bird hunting club as well. Dominic was a motorcycle enthusiast and liked to take his sons for a spin now and then. In his later years, Dominic thoroughly enjoyed playing golf. Above all, Dominic adored his family and treasured the time he was able to spend with his children, grandchildren, and great-grandchildren. Dominic was a humble man with a heart of gold and will be deeply missed by all who knew and loved him.

In addition to his parents, Dominic was preceded in death by his beloved wife of 66 years, Angeline M. Prisco in 2014; his brothers, Joseph and Carmen Prisco; his sister, Shirley Holick; and his daughter-in-law, Diane Prisco. He is survived by his devoted sons, Donald Prisco and his wife, Joanne, and Frank Prisco; his brother, Armond Prisco; his sister, JoAnn DeFilippis; four cherished grandchildren, Pamela, Donny, Danielle, and Shannon; ten treasured great-grandchildren; and many nieces, nephews, and dear friends.

Relatives and friends are kindly invited to attend a visitation to celebrate Dominic’s life from 4:00PM to 8:00PM on Thursday, September 23, 2021, held at the Madison Memorial Home, 159 Main Street, Madison. A Liturgy of Christian Burial will be celebrated for Dominic at 10:00AM on Friday, September 24, 2021, at Holy Family Church, Florham Park. Interment with military honors will follow at St. Vincent’s Cemetery, Madison.

Share Your Memory of
Dominic
Upload Your Memory View All Memories
Be the first to upload a memory!
Share A Memory