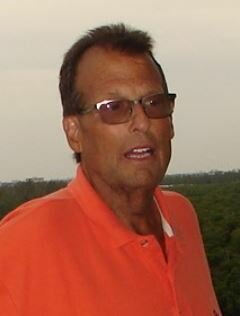 Obituary of Michael A. Cowf

Michael was a resident of Livingston, NJ for 25 years. He graduated from Livingston High School in 1972. He later moved to Hackettstown, NJ and Long Valley, NJ. In 2009 he moved to Lake Wylie, SC.

Mr. Cowf worked most of his career in the automotive parts industry.  He began his career with Madison Getty in Madison, NJ, as an auto mechanic. Later, he was the co-owner of C&M Auto Parts a Napa store, in Washington, NJ, for 14 years, with Elden Mills. Then, he went on to work with his friend, Ricard Jordan, at AQL Decorating Company in Fairview, NJ as a labeling machine mechanic. He later worked for other auto parts stores in New Jersey and South Carolina. In addition, he worked as a mail clerk for J. P. Mortgage Chase. He always believed in dynamic customer service and solid work ethics.

When he was home, his favorite activities were landscaping, making home improvements and home repairs. Working in his home garage on his cars and classic cars, especially corvettes. His favorite sports to watch were NASCAR, The New York Yankees Baseball Team and The New York Giants Football Team.

He is survived by his wife, Judith Ann Deringer Cowf, for 40 years, and daughter, Melissa Ann Cowf, both of Lake Wylie, SC. He is also survived by his brother-in-law, Jay Edley. He was preceded in death by this sister, Linda Edley, and brother, Ira Cowf.

Funeral arrangements in South Carolina are under the direction of the M. L. Ford & Sons Funeral Home, and the Madison Memorial Home in New Jersey.