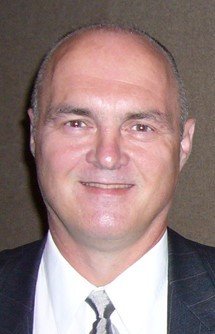 A Brilliant, Beautiful Mind with a Tremendously Gentle Soul Wiped Out:

Andre Micke, a longtime Chatham resident, passed away peacefully at home with his loving wife by his side on Monday, August 2, 2021.

Andre was born in Berlin, Germany on July 11, 1956.  He always had a passion for math and science, and completed his Master’s Degree in Mathematics followed by his PhD in Numerical Analysis in Berlin, Germany.

Andre met his beloved wife, Kerstin (née Henkel) on a trip to Vienna.  The couple became inseparable and were married on June 10, 1985.

Andre worked at the Academy of Science in Berlin, Germany and through his collaboration with scientists all over the world he was offered a Principal Scientist position at Group Technical Center of BOC in Murray Hill, New Jersey.  Andre & Kerstin officially settled in New Jersey in 1994.

Andre authored several patented methods for technical gas technology and is co-author of more than 50 scientific papers and US patents.  Together with his partner, Andre founded his own company OrthoChrome Inc. five years ago providing measurement and analysis tools and services for radiation applications (medical devices) for cancer research centers/hospitals in the US (such as Sloan Kettering, Mayo Clinic, MD Andersen; Kaiser Permanente), Germany, UK, Netherlands, France, Australia, Japan, China.

Andre had a deep love for classical music.  While in High School he earned some extra money and as a Disc Jockey in Berlin.  He always enjoyed spending time with dear friends, going for walks with his beloved wife, collecting fountain pens he would use to write his newly invented mathematical equations.  He was very handy with crafts like building things for the house & unique and beautiful music boxes. Andre will be deeply missed by all who knew and loved him.

Andre was predeceased by his beloved mother.  He is survived by his cherished wife Kerstin of 36 years; his two sisters; nephew & nieces and so many dear friends in the USA & Germany.

Services for Andre are being held privately for his family under the care of Madison Memorial Home.

In lieu of flowers, charitable contributions may be made in Andre’s name to the following:

Share Your Memory of
Andre
Upload Your Memory View All Memories
Be the first to upload a memory!
Share A Memory