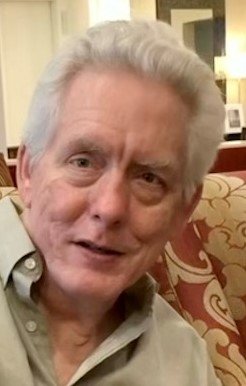 Michael K. Johnson, a longtime resident of Montville, NJ, passed away peacefully with his sons by his side on July 18, 2021 at Karen Ann Quinlan Home for Hospice after a hard-fought battle with Parkinson’s disease. He was 66 years old.

Mike was born in Flandreau, SD on November 11, 1954. He  grew up in a Navy family moving around the country before spending most of his grade school years in Virginia Beach. He graduated from Floyd E. Kellam High School in 1972.

Mike was a friend to everyone he met and was known to be exceptionally kind and generous. He was an avid hockey fan, spending years supporting the New Jersey Devils, but his favorite hockey players to support were his sons Michael and Mark. He was a longtime member of Lake Valhalla Club and enjoyed playing softball, horseshoes, and volleyball there for many years. One of the most hardworking men you would meet, from his youth in Virginia Beach, to working with his Dad “The Chief” after moving to NY and NJ, until spending his last twenty working years successfully running his own business. His dedication to his work was unmatched and he truly loved what he did, as even in his last days he would love to talk about orders, parts, and projects.

Two years ago, Mike was blessed with his only grandchild, Oliver. Over the past month, Oliver was finally able to spend so much time visiting his PawPaw and they formed an incredible bond playing with his toys and watching the horses go by. Oliver would burst into his room with a triumphant “Hi, PawPaw!” that was sure to brighten his day and lift his spirits.

His big heart and kind spirit will be deeply missed by all who knew and loved him.

Mike was predeceased by his father, Raymond. He is survived by his mother, Leona of Pine Brook; two sons, Michael and his wife, Ryann of Hackettstown and Mark of Newton; his siblings, Larry, Steve, and Sandy; one cherished grandson, Oliver; and many nieces, nephews, and dear friends.

Relatives and friends are kindly invited to attend a Memorial Visitation on Thursday July 29th, 2021 from 4:00PM - 8:00PM held at the Madison Memorial Home, 159 Main Street, Madison, NJ. A Celebration of Life Service will be held at 6:00PM during the visitation at the funeral home. Interment will be held on Friday July 30th, 2021 at 11:00AM at Greenwood Cemetery, Washington Street, Boonton, NJ.