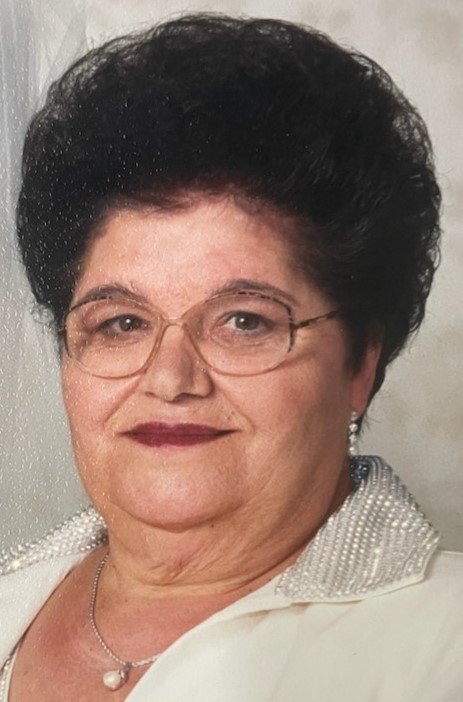 Eleonora immigrated to the United States in 1958 where she made her home in Madison with her husband, Michele, and their three children.

Eleonora was a true example of determination and perseverance on various levels, but most significantly, raising three children in her new country while adapting to, among other things, its customs and cultures.

Religion was an important factor in Eleonora’s life as she could be found in “her” seat attending mass daily at St. Vincent’s Martyr Church.  Eleonora was also known for her culinary skills, in particular her Thursday homemade sauce, pasta, meatballs, and bread, all of which were made with immense love and respect for both the food and those who would be enjoying it, whether family or friends.

Given the number of individuals she was able to positively impact, Eleonora was best known as Mama to all - a woman with an incredibly altruistic heart - who was not only a mother to her three children, but to all those who had the pleasure of knowing her.  Mama was a loving, hopeful and accepting woman who always found time to assist with a person’s particular need; offer that grandmotherly-like hug and kiss on the cheek, or voice those words of comfort when the situation required.

Eleonora was a true example of humility and sacrifice.

Services will be held on Monday, July 19 at Madison Memorial Funeral Home in Madison, NJ from 2-8 pm, followed by a funeral mass on Tuesday, July 20 at St. Vincent Martyr Church at 10 am in Madison, NJ.  In lieu of flowers, donations can be made in honor of Mama to the Parkinson's Foundation and Hospice of New Jersey.

Share Your Memory of
Eleonora
Upload Your Memory View All Memories
Be the first to upload a memory!
Share A Memory