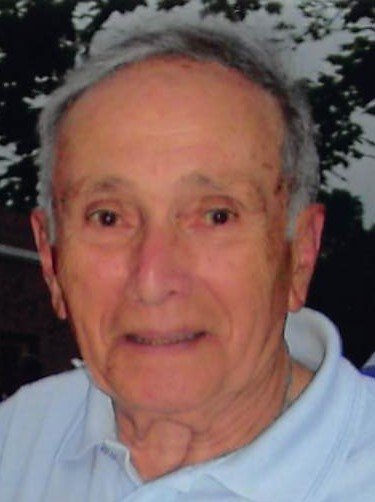 Peter Paul Siciliano, Sr., lifelong Madison resident, passed away peacefully on Sunday, June 13, 2021 at the age of 94. He was a beloved father, grandfather and Marine veteran of WWII.

Peter was born in Jersey City on October 11, 1926, to the late Paul and Palma Siciliano. The family settled in Madison when Peter was just five years old where he was raised with his sister, Betty.

Peter attended St. Vincent Martyr Elementary School and was a 1944 graduate of Madison High School, where he excelled in agriculture and was a talented infielder on the high school baseball team.

After graduation 1944, Peter answered the call to service and he enlisted in the United States Marine Corps. He completed basic training at Camp Lejeune and proudly served in the Pacific during WWII from 1944 to 1946, in places such as Guam and Iwo Jima. He attained the rank of Corporal before his honorable discharge on December 16, 1946. Peter remained a proud Marine at heart for the rest of his life and his service shaped who he was as a man. He was a member of the 4th Marine Division Association, as well as a member of Slattery Detachment of the US Marine Corps League in Whippany, NJ.

Peter married the love of his life, Natalie Picone on November 26, 1949. The couple settled in Madison where they raised their family. Peter and Natalie were married for 60 years. He was a member of the Painter’s and Allied Trades Union with District Council #10 for 30 years before retiring in 1988. In his retirement Peter was a devoted grandfather. He cherished the time he spent with his grandchildren, and he never missed a sporting event, dance recital or school play.

Peter also loved gardening and grew vegetables and flowers. He had a green thumb and was famous for his fruitful garden.

Peter had a deep faith in God and was an active lifetime member of Saint Vincent Martyr Church, where he was always eager to volunteer and was a church counter on Sundays. He also volunteered his time at the Lyons Veterans Hospital to assist his fellow veterans. He was a leader in establishing Madison’s Little League program in the 1950s and served as coach, manager, umpire, and league official. For his 25 years of service to the community, he was inducted into the Madison Little League Wall of Fame in 2002. In 2017 Peter was asked to be Grand Marshall of Madison’s Memorial Day ceremony and parade which he proudly accepted.

Peter was a kind, generous and selfless man whose love for his family was immeasurable. He was a devoted husband, father and grandfather. He will be deeply missed by all who loved and knew him.

In addition to his parents, Peter was pre-deceased by his wife, Natalie Siciliano in 2009; his sister, Betty Terracciano; his brothers-in law Andrew Picone and Tony Gero; and his sister-in-law, Rose Gero. He is survived by his daughter, Paula Siciliano; his son, Peter Siciliano, Jr. and his wife, Nadine; his grandchildren, Lisa and her boyfriend, Dan Reuben; Michael and his fiancé, Diana Pinto; and Amanda Whited and her husband Corbin. Peter will also be missed by his brother-in-law, John Terracciano; sister-in-law, Louise Picone, and his many loving nieces, nephews, cousins, and friends.

Relatives and friends are kindly invited to attend a visitation from 4:00PM to 7:00PM on Wednesday, June 16, 2021 held at the Madison Memorial Home, 159 Main Street, Madison. Funeral services will begin at the funeral home at 9:00AM on Thursday, June 17, 2021 followed by a 10:00AM Liturgy of Christian Burial that will be celebrated at St. Vincent Martyr Church, Madison. For those that wish, you may attend the Funeral Liturgy virtually via livestream by visiting www.svmnj.org. Interment with military honors will follow at St. Vincent’s Cemetery, Madison.