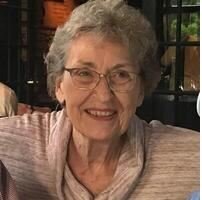 Judith was born in St. Louis, Missouri on May 16, 1941, to the late Arthur and Jane Naumann. She grew up in Kirkwood, a neighborhood in the St. Louis area. Judith moved to Columbus, Ohio in her second year of college and studied education at The Ohio State University where she earned a Bachelor of Science in Education. She returned later and earned a master’s in education.

Judith enjoyed a long career as an educator in the Columbus Public School system. She began with teaching high school mathematics at North High School and also worked at East, West, Whetstone, and Walnut Ridge High Schools. She treasured the relationships she developed with teachers and students alike. After earning her Master’s degree, she became an administrator. She also worked on a small team which authored math textbooks as a project for the schools. She loved helping her students learn and she found high schoolers particularly engaging and funny. She embodied the adage, “find a job that you love, and you’ll never work a day in your life”.

Judith married her beloved husband, the late Stephen Silbaugh, on September 1, 1962. She was dedicated to her family and creating a loving home in which to raise them. In her retirement, Judith enjoyed activities like quilting, genealogy, and Pilates. She also remained active in her community. Her bright, optimistic spirit will be deeply missed by all who knew and loved her.

A Celebration of Life for Judith will be held Sunday June 13th from 1-3 PM ET at EVANS FUNERAL HOME 4171 E. Livingston Ave. Visitation 1-2 PM ET and Memorial 2-3 PM. In lieu of flowers, please make charitable contributions in Judith’s memory to The PAST Foundation.

There is a Teacher STEM Professional Development link.

Make checks out to:

Share Your Memory of
Judith
Upload Your Memory View All Memories
Be the first to upload a memory!
Share A Memory