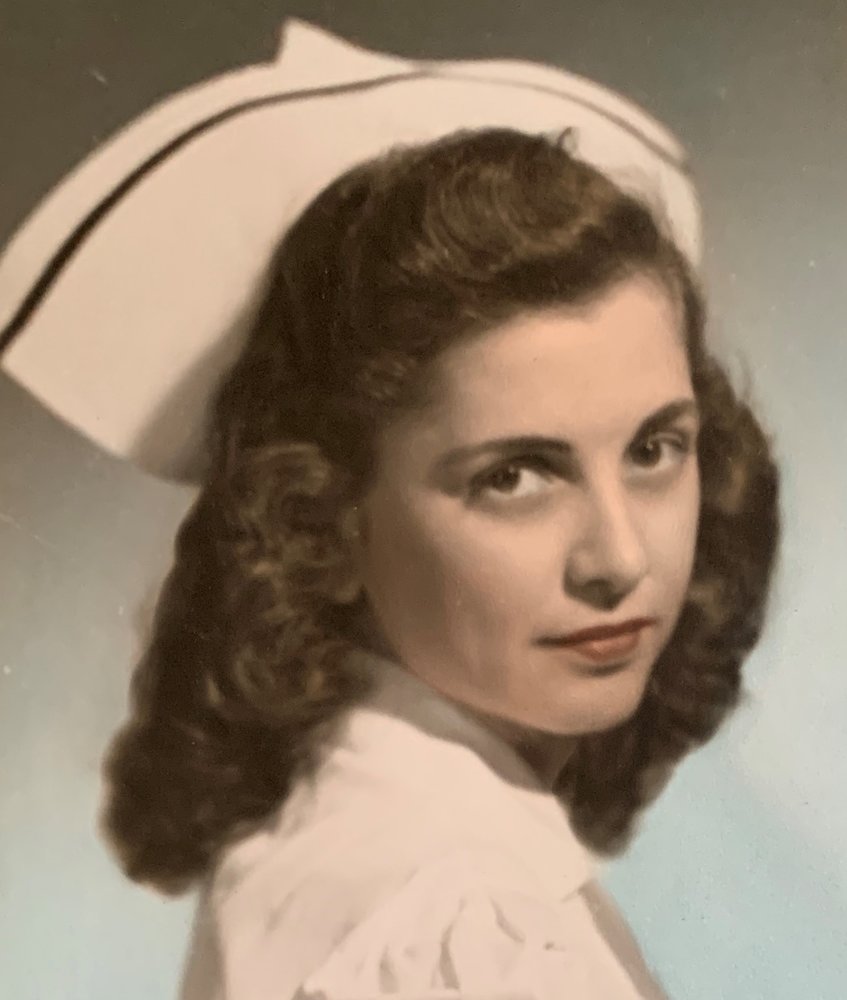 Obituary of Mary A. Flood

Mary Flood died from complications due to COVID on January 11, 2021 at Morris View Nursing Home, Morristown.  She was 96 years old.  Mary was born in Madison to the late Antonio and Rose (née Sapio) Allocco and remained a lifelong resident of Madison.

She went to Saint Vincent Martyr School until the 8th grade and then to Madison High School.  She graduated from Newark Presbyterian Hospital School of Nursing, attended Rutgers University in Newark and served as Vice-President of the Graduating Class and Treasurer of the Student Association.

During her training, she was affiliated with Essex County Overbrook Mental Hospital in Cedar Grove, NJ and New York Hospital, Cornell University.  Mary later attended Seton Hall University in South Orange in the evenings while working full-time receiving her certification in School Nursing.

She worked at Presbyterian Hospital in Newark in Labor and Delivery and helped in the Newborn Babies Nursery.  After several years she resigned from the Hospital and became a Public Health Nurse in Newark’s Health Department. She then married Robert Edwin Flood and had four children, each one year apart:  Robert (Bobby) Edwin Flood, Jr., Rosemary Riccone (Mike), Steven Flood (Robin) and Susan Irene LeVan (fiance Bob Jackson).

She was predeceased by her husband, Robert Edwin Flood, Sr. who suddenly died on his 49th birthday on March 11, 1976. He was a firefighter then promoted to Captain of the Madison Fire Department. She was also predeceased by her sisters, Pauline Seeds (2003), Bridget Allocco (in infancy 1913), Anna Allocco (1966), Patricia DiSarno (2011), Vincent Allocco (in infancy 1924) and Carmela Buhrman (2019).

Mary had a very special relationship with Bobby her son who was profoundly deaf and who took wonderful care of her for many years.  She advocated for him to receive the best education possible from Katzenbach School for the Deaf in Trenton to a Masters Degree from Southern Baptist Theological Seminary in Louisville, KY.   Mary cared for her four children and went back to work as a Public Health Nurse in Madison, NJ for 30 years, assigned to Saint Vincent Martyr School and Bayley Ellard High School as a school nurse in Madison.

Mary was a strong and resolute woman, a survivor of the Depression, being quarantined two other times in her life and who went out of her way to show she cared sending cards and visiting so many family members, friends and even strangers who were going through difficult times.  She had a strong Catholic faith and a true devotion to the Sacred Heart of Jesus.  She taught her children strength in adversity, resiliency through difficult times and a heart for helping others as she did.

For everyone’s safety and well-being, the Flood family has decided to make Mary’s funeral service virtual. Those who wish may virtually attend a Liturgy of Christian Burial held at 10:00AM on Friday, January 15, 2020 by visiting the main webpage of at St. Vincent Martyr Church at www.svmnj.org during the time of the service. Interment at St. Vincent's Cemetery, Madison will be held privately for the family.

Please kindly remember Mom by a kind word, a warm hug and a giving heart.

Funeral arrangements are in the care of the Madison Memorial Home. For notes of condolence to the family please visit www.madisonmemorialhome.com

In lieu of flowers, donations may be made to the Madison Ambulance Corps, 29 Prospect Street, Madison, NJ 07940 or the Sisters of Charity of Saint Elizabeth, P.O. Box 476, Convent Road, Convent Station, NJ 07961

Share Your Memory of
Mary A.
Upload Your Memory View All Memories
Be the first to upload a memory!
Share A Memory