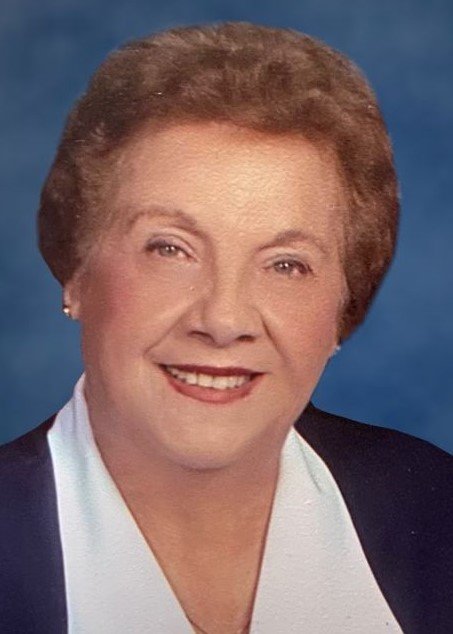 Florence Kearney (née Magliaro), a longtime Morristown resident, passed away peacefully in her sleep at her home on Tuesday, December 8, 2020. She was 89.

Florence was born in Maplewood on May 15, 1931 to the late Gaetano & Fiorita Magliaro. She was raised in Maplewood, the youngest of twelve children, and had many fond memories of growing up with her brothers and sisters. As a young woman, she loved sports and was a talented athlete.

Florence graduated from Columbia High School in Maplewood and accepted a position as a typist at an insurance company in South Orange. Around the time she was introduced to handsome young Irishman from Maplewood named Bill Kearney, who had just returned from the Korean War, and the two were inseparable. They married in 1955 and settled in their hometown of Maplewood where they raised their family.

After growing up in a large family, both family and faith were everything to Florence. She was a wonderful wife, incredible mother to her five children and cared deeply about her family. She was a devout Catholic and longtime and active parishioner of Our Lady of Sorrows Church in South Orange. Florence was a member of the Rosary Society and captain of the Holy Rosary Society Bowling League. She was an excellent bowler and enjoyed the church league tremendously. Florence forged friendships that would last a lifetime in Maplewood and through her parish in South Orange.

After their children moved out and graduated college, Florence and Bill moved to Morristown where they would settle and begin the next chapter of their lives together. They became parishioners of St. Thomas More Church in Convent Station and quickly began to settle in and made new friends in the area. They lived there for over 20 years.

Florence loved the holidays and spending time with her grandchildren & great grandchildren. She and Bill enjoyed traveling in their retirement and traveled to Italy, Ireland, Mexico and Hawaii.

Florence will be deeply missed by her family and friends. She leaves them with a lifetime of beautiful memories and her love will live on in their hearts.

A Memorial Liturgy of Christian Burial for Florence will be celebrated on Saturday, January 9, 2021 at 10:00AM at St. Thomas More Church, Convent Station. Visitation will be held privately for Florence’s family. Funeral arrangements are in the care of the Madison Memorial Home.

** Those attending the funeral mass are required to wear masks and practice proper social distancing.**

In lieu of flowers, the family has requested that charitable contributions be made in Florence’s memory to St. Jude’s Children’s Research Hospital, 501 St. Jude Place Memphis, TN 38105

Share Your Memory of
Florence
Upload Your Memory View All Memories
Be the first to upload a memory!
Share A Memory