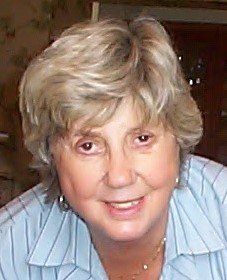 Geraldine (Geri) Doris Comerci (née Failla), of Mantoloking and former longtime resident of Short Hills, died peacefully at her home on Friday, November 27, 2020 at the age of 87. Geraldine was the beloved wife of the late Dr. John T. Comerci, Sr. MD, who died in July.

Born in Newark on January 20, 1933 to the late Anthony and Marian Failla, Geri’s father died when she was just 16 years old. After her mother remarried she was raised by Eugene Mollica who was a strong and loving father figure in her life.

Geri was raised in South Orange and was a graduate of Columbia High School. She then graduated from Endicott College in Beverly, MA and shortly after was introduced to her husband, Dr. John T. Comerci, Sr. The couple married on October 26, 1956 and settled in Short Hills where they raised their family.

Geri was a wonderful mother and wife who was dedicated to and incredibly loyal and supportive of her husband’s career through her work over the years as his office manager.

Geri was a voracious reader of detective and crime novels. She would often read late into the evenings, consuming more than one novel a week at times. She often commented after reading a particularly gripping book that she would have loved to have been a lawyer. Her family is certain she would have been a formidable opponent in court. She was also a talented artist and painter. Her canvases depicting beautiful landscapes and still lifes decorate each of her children's homes and serve as a reminder of how much she loved beautiful things. We are so fortunate that she passed her artistic talents onto her grandchildren who created art that delighted her. She loved dogs and animals as well, and was a lifelong supporter of the ASPCA. Geri was a doting grandmother and she adored each of her grandchildren. Strong willed and opinionated, her family knew she loved them fiercely.

She will be deeply missed by her family and friends and they will cherish the lifetime of wonderful memories they have of her.

Charitable contributions may be made in Geraldine’s memory to The American Society for the Prevention of Cruelty to Animals and Unico National Italian American Service Organization.

Share Your Memory of
Geraldine
Upload Your Memory View All Memories
Be the first to upload a memory!
Share A Memory