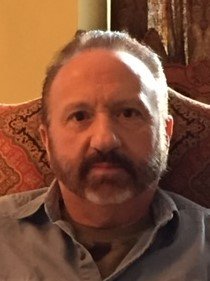 John Joseph Forte, Sr, a longtime Madison and Parsippany resident, passed away peacefully on Wednesday, September 2, 2020 at St. Clare’s Hospital in Denville after a brief illness. He was 65.

John was born in Morristown on March 13, 1955 to the late John A. and Elizabeth Forte. He grew up in Madison within blocks of his entire extended family and was a 4th generation Madisonian. John remained in Madison until he moved to Parsippany 24 years ago.

Cars were a part of John’s whole life. He had a love for both classic and modern cars and enjoyed working on them. He worked as a Class A auto mechanic for a long time before becoming an Automotive Service Manager for Car Rentals, Inc. in Piscataway. John was well respected in the automotive industry and he was known to diagnose engine issues for the manufacturers. John also spoke very fondly about growing up in Madison and about a childhood job working on an estate in New Vernon for the Haeberle family. He enjoyed many countless hours spent in the garden with Mrs. Haeberle, who would instill lessons that John kept with him throughout life.

John knew something about everything and was very resourceful. He especially had a vast knowledge of anything about nature, and he enjoyed imparting this knowledge on his children and grandchildren. Like his father before him, John passed on the secrets of harvesting the wild mushrooms of Madison and the surrounding area. John was an avid outdoorsman with an ability to live off the land, and he spent most of his time doing activities like fishing, hunting, hiking, and gardening. He learned to cook classic Italian dishes from his grandmother, Pauline Altamura. His family fondly remembers his Christmas Eve dinners and his chicken cacciatore that he would make every Sunday. John was also a faith-filled man who prayed the rosary frequently and received all of his Sacraments from St. Vincent Martyr Church. Above all, John adored his family and had special love and affection for his cherished grandchildren. He will be greatly missed by all who knew and loved him.

In addition to his parents, John was predeceased by his sister, Elizabeth Riggins. He is survived by his son, John J. Forte, Jr. and his wife, MaryBeth of Madison; his daughter, Carolanne Sherwood and her husband, Doug of Whitehouse Station; his 4 beloved grandchildren, Clara and Andrew Forte, and Tyler and Cole Sherwood; his loving companion, Elizabeth Oliveira; nieces, Amanda Van Wert and Ashley Forte, many cousins and many good friends, especially Phyllis Arci and Charlie Rusconi; and his 2 cherished dogs, Belle and Katie.

Relatives and close friends are invited to attend a visitation to celebrate John’s life held on Tuesday, September 8, 2020 from 4:00PM to 8:00PM at the Madison Memorial Home, 159 Main Street, Madison. A Liturgy of Christian Burial will be celebrated on Wednesday, September 9, 2020 at 10:00AM at St. Vincent Martyr Church, Madison. For those that wish, you may attend the Funeral Liturgy virtually via live-stream by visiting www.svmnj.org and viewing the mass on the main webpage of the church beginning at 10:00AM. Interment will be held at St. Vincent’s Cemetery in Madison.

**Visitors to the funeral home and church are asked to wear masks and practice proper social distancing. In order to maintain a safe number of people in the funeral home, we kindly & respectfully ask that after paying your respects you give others the same opportunity by making your visit brief.**

In lieu of flowers, the family has requested that charitable contributions be made in John’s memory to the Parsippany Volunteer Ambulance Squad, 397 Parsippany Rd, Parsippany, NJ 07054 or online at www.pvas.org/fund-drive-and-donations/, or to the Madison PBA Local 92, 62 Kings Road, Madison, NJ 07940.

Share Your Memory of
John
Upload Your Memory View All Memories
Be the first to upload a memory!