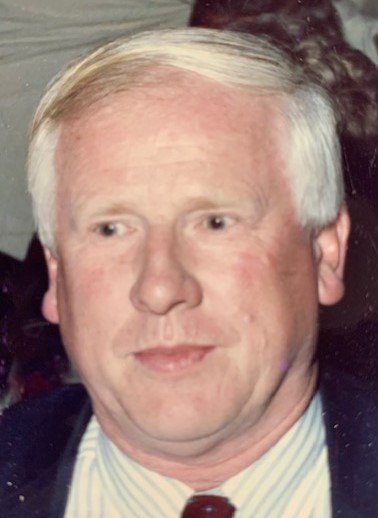 Stewart Wayne Grey (Stew) of Lakeville ,PA formerly of Madison, NJ  passed away peacefully on Tuesday, September 1, 2020 at Morristown Medical Center. He was 83.

Stewart was born in West Orange on November 25, 1936 to the late Frank and Eleanor Grey. He was raised in Livingston in a small, loving family.  He married his beloved wife Elizabeth (Betty) in 1960.  They moved to Madison shortly after and raised their three daughters in the former home of Betty's parents.

Stewart was very proud of his military service, having been stationed at West Point in the US Army.  After the Army, Stewart’s career was in the car business. He was the owner of Maplewood Dodge in Maplewood for many years.  After his retirement, he and his Betty permanently relocated to their house on Lake Wallenpaupack in Pennsylvania.

A lover of the outdoors, Stewart enjoyed traveling, fishing, boating, animals, golf, and riding his snowmobile in the wintertime. Stewart was a gun historian who could tell you the history of every piece in his former collection. He and Betty had many friends and could often be seen sitting on the beach in Sandy Shores.  He also enjoyed reading and sudoku puzzles, and volunteered at the Hawley Public Library in his spare time. He was a member of the Lions Club and coordinated their eyeglass program.

Stewart was predeceased by his beloved wife Betty in 2019, and his dear grandson Jonathan. He is survived by his loving daughters, Sandy Renzulli, husband David and children Sarah, Allison and David of New Vernon; Kathy Clifford, husband Scott and children Morgan and William of New Vernon; Suzanne Grey Wirtz, husband Kenneth, children Matthew and Cory of Lancaster, PA; a sister Linda Trosin and her husband Ronald of Florida; his cherished cat Abigail and many nieces, nephews, and dear friends.

Funeral services for Stewart are being held privately.

Share Your Memory of
Stewart
Upload Your Memory View All Memories
Be the first to upload a memory!