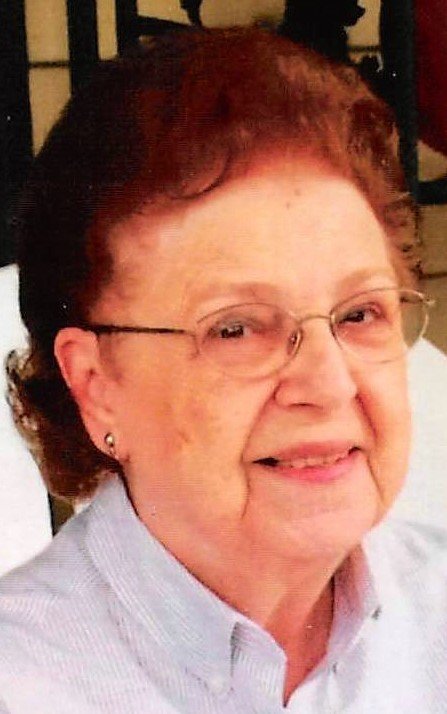 Marie Damiano (nee Behre), a longtime Basking Ridge resident, died peacefully at home on Tuesday, February 11, 2020 after a long illness. She was 93.

Marie was born in Morristown on October 3, 1926 to the late Howard Behre and Alma Behre (nee Norton). She was raised in Madison during the Great Depression and would often help family members and friends during that difficult time in history. She attended the Madison public school system and received all of her sacraments at St. Vincent Martyr Church.

Marie was married to the late Joseph Damiano on June 22, 1946 and the couple settled on Southern Boulevard in Chatham Township, where they raised their family and would reside until moving the family to Basking Ridge in 1969. She was a resident of Basking Ridge from 1969 to 2013, prior to relocating to her daughter’s home in Watchung.

Marie loved children and provided childcare to a family in Basking Ridge for many years.

Relatives and friends are kindly invited to attend a visitation to celebrate Marie’s life on Monday, February 17, 2020 from 4:00PM to 8:00PM at the Madison Memorial Home, 159 Main Street, Madison. Funeral services will begin on Tuesday at 9:00AM at the funeral home, followed by a 10:00AM Liturgy of Christian Burial celebrated at St. Vincent Martyr RC Church, Madison. Interment will follow at Holy Cross Cemetery, Basking Ridge.

Share Your Memory of
Marie
Upload Your Memory View All Memories
Be the first to upload a memory!
Share A Memory
Plant a Tree