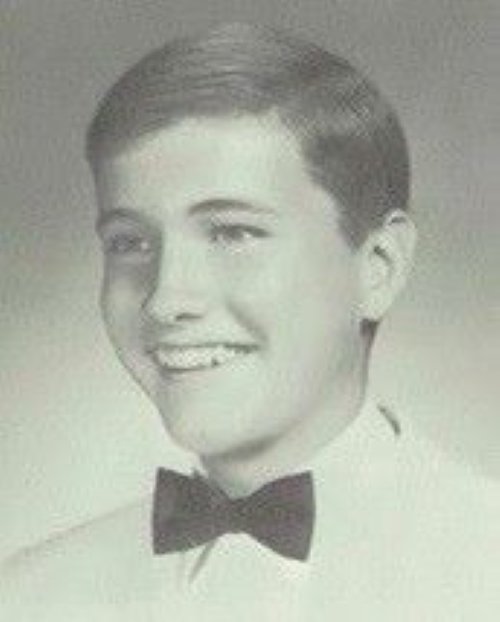 John Edward Dambroski, of Langhorne, PA (formerly of Irvington, Union, and Barnegat, NJ, as well as Tampa, FL), died peacefully on Sunday, January 19, 2020 after a long battle with failing health.  He was 68.

John was born in Irvington on December 2, 1951 to the late Jack and Jean Dambroski.  He was raised in Irvington and moved to California after high school where he served in the Air Force reserves and learned how to install carpet.  The years he spent in California held some of his fondest memories.  In 1971, he married his high school sweetheart, Phyllis Foti, also of Irvington, and they moved back to California for several years.  At that point, he volunteered for active duty in the Army during the Vietnam War and was stationed at Caserma Ederle in Vicenza, Italy.  He was honorably discharged due to his wife Phyllis’s battle with Lupus, but was still awarded the Nation Defense Service Medal.  John and Phyllis moved back to New Jersey and eventually became pregnant with twins.  Sadly, in March of 1978, Phyllis and the twins, Adam and Alexander Dambroski, passed away.

John was wedded to his second wife, Eileen Lonergan of Union, in 1979.  They had five children together and they moved from Union, NJ to Barnegat, NJ in 1987 where they raised the family.

After his military service, John began his lifelong career in the carpet industry. He worked in every facet of the industry from installer, to salesman, manager, general manager, owner of his own retail store in Whippany, and the owner of John Edwards Carpets in Barnegat where he installed for builders.  John had a passion for flooring and prided himself in having a deep understanding of its import in a home.  He loved high end homes, and even created his own custom carpets that were a blend of carpet and artwork.  He founded a company named Precise that set out to use mathematics and measurements to reduce waste from the installation process.  His last job in the industry was as a salesman on the road in Pennsylvania.  He retired early because of his failing health, and he moved to Tampa, FL.  He had many years in Florida where he loved to walk and be outside.  He also spent his Sundays at church with his daughter for those years and reflected on his faith in Christ.

John enjoyed travel and loved to take road trips. Two of his most treasured memories were the cross-country road trips he took out to California from NJ, first as a 17-year-old with his younger brother in his Pontiac GTO convertible, and then again many years later to take his family to meet his Uncle Tommy and Aunt Betty in Santa Monica. A road trip to Kentucky with his son Jason also held a special place in his heart. Taking his son Michael to Shea Stadium was a highlight of his life and he adored taking Jennifer to Maplewood Park. He loved to hear Melissa sing and watch her plays and ballet performances. "We Are Baby Ballerinas" is a song he remembered forever.  Sometimes when thinking about Melissa he would sing, “With our tu-tu's, and our new shoes...”

He loved growing Jersey tomatoes in the backyard and had very fond childhood memories of his father's produce business and his grandfather's farm in Colts Neck.  He enjoyed the simple things in life like taking care of the lawn and fixing up the house.  He loved big renovation projects and dreamed of someday building his "dream home” from the ground up.  Though he was raised as a city kid, he loved living in Barnegat because it was "country living" close to the shore.  He loved taking his kids to the boardwalk and to see the fireworks on the Fourth of July.  His favorite ice cream cone was a scoop of pistachio and a scoop of black raspberry- a combination invented by his mother Jean.  As a kid, he was forced to follow in his father's footsteps and learn to play the accordion at the request of his Polish grandmother, much to her great delight.  He would much rather have been playing baseball, which was his absolute favorite way to spend his time.  John adored the game of baseball and was a lifelong Mets fan, passing his love of the game and the team onto his children.  He loved the movie The Sandlot because it epitomized his childhood so well, and he loved collecting baseball cards, even Mickey Mantle’s that went in his tire spokes.  He was a big fan of Motown music and is fondly remembered for joking that he always wanted to be a Pip.

He loved to learn, reading Stephen Hawking for fun and teaching himself computer programming in his forties before home computers or the Internet had become a part of everyday life.  He even attempted to attain a Computer Science degree at that age with a full-time work schedule.  He was an avid and animated storyteller, regaling anyone who would listen with tales of his days in the service, the excitement of the years he spent living his Uncle Tommy in California, or the mischievous childhood adventures of he and his brothers.

John loved his family dearly and cherished the time he spent with them, being especially proud of his grandchildren.  Two of the people he admired most in his life were his Uncle Tommy, of Santa Monica, CA, and his grandfather, Alexander Thomson.  He also greatly respected and admired Eileen's father, George Lonergan, and Jean's husband Bill Onions, who both loved him and always treated him like a son.  All four of these men are extraordinary in their own ways, and John loved to tell stories about the influence each one of them had on him, to anyone who would listen.  His family supported him through many hard times and to all of them, he was eternally grateful.

He demonstrated strength, courage, and a tenacious will to survive in his recent medical challenges.  He will be deeply missed by all that knew and loved him.

Funeral services will begin at 8:30AM on Saturday, January 25, 2020 at the Madison Memorial Home, 159 Main Street, Madison followed by a 9:30AM Liturgy of Christian Burial celebrated at St. Teresa of Avila RC Church, Summit. Interment with military honors will follow at Gate of Heaven Cemetery, East Hanover. Relatives and friends are kindly invited to attend a visitation on Friday from 5:00PM to 8:00PM at the funeral home.

Charitable contributions may be made in John’s memory, in honor of his first wife Phyllis, to the Lupus Research Alliance at  https://www.lupusresearch.org

Share Your Memory of
John
Upload Your Memory View All Memories
Be the first to upload a memory!
Share A Memory
Plant a Tree