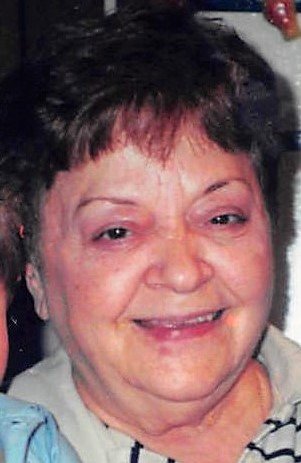 Please note that the funeral service time at St. Andrew's Church on Thursday has changed to 10:30AM.

Margarita "Rita" Stavrakis, a longtime Madison resident, died peacefully at her home on Friday, December 6, 2019. She was 85.

Rita was born in Greece, on the island of Ios, on April 8, 1934 to the late Nicholas and Kyriakoula Stavrakis. She emigrated to the United States in the early 1950’s, first to Utah where her brother-in-law resided, then to Pittsburgh prior to settling in Madison in the early 1960’s with her husband.

She was married to James Stavros for over 30 years prior to his death on April 10, 1992. The hard-working couple raised their two sons in Madison. They owned and operated the Court Diner in Morristown, across from the Morris County Courthouse, for over 15 years. Rita was well known by family, friends & the Greek community for her superb baking and cooking skills. Even after her retirement from the family diner, she took on a new role baking and cooking at the Towne Delicatessen in Summit for over 20 years. She truly enjoyed making others happy through her culinary works, especially with her traditional Greek dishes and baked goods.

Rita was a longtime and founding member of St. Andrew’s Greek Orthodox Church on Randolph. She was also a dedicated & loving mother and grandmother. For over 30 years, she devoted weekends to assisting her sons, working as a cashier at their nightclub, Obsessions, located in Randolph. She loved to cook and bake for her family during the holidays and it was of great importance to her to instill the old Greek traditions and values in her own children and grandchildren. She loved her grandchildren dearly and cherished time spent with them. Rita also enjoyed collecting Grecian ceramics and other treasured items from Greece.

In addition to her parents, Rita was predeceased by her beloved husband, James Stavros; and her brother, Peter & sister, Maria. She is survived by two loving sons, Nicholas Stavrakis of Succasunna & William Stavrakis of Hillsborough; one brother, John Stavrakis of Ios, Greece; five cherished grandchildren, James, Anthony, Michael, Nicholas & Matthew Stavrakis; and many dear friends.

Relatives and friends are kindly invited to attend a visitation to celebrate Rita’s life from 4:00PM to 8:00PM on Wednesday, December 11, 2019 at the Madison Memorial Home, 159 Main Street, Madison A funeral service will be held at 10:30AM on Thursday, December 12, 2019 at St. Andrew’s Greek Orthodox Church, 1447 Sussex Tpk., Randolph. Interment will follow at Gate of Heaven Cemetery, East Hanover.

In lieu of flowers, the family has requested that charitable contributions be made in Rita’s memory to St. Andrew’s Greek Orthodox Church, 1447 Sussex Turnpike, Randolph, NJ 07869.

Share Your Memory of
Margarita "Rita"
Upload Your Memory View All Memories
Be the first to upload a memory!
Share A Memory
Plant a Tree