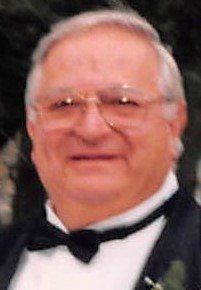 Pat William DeBiasse, Jr., a lifelong Madison resident, passed away peacefully on Saturday, August 3, 2019 at Morristown Medical Center. He was 83.

Pat was born in Morristown on June 8, 1936 to the late Pasquale and Francis Napolitano. He was raised in Madison and fondly recalled details about the Rose City of his youth. Pat assisted his late father in maintaining and repairing the boilers in the iconic rose greenhouses. This is where he would gain the foundation of knowledge and skill towards becoming a master plumber and establishing his own plumbing company, Pat DeBiasse & Associates. Pat was an ambitious, motivated and hard-working young man who eventually began purchasing residential and commercial real estate throughout Madison and Morris County. Pat took great pride in his properties and rehabilitated many buildings that he purchased.

On February 14, 1960, Pat married the love of his life, Carmela DeBiasse (nee Gomez), and the couple settled in Madison where they raised their family. Carmela and Pat worked together side by side managing their real estate investment company. Pat also collaborated on the team that successfully formed the local plumber’s union. Pat believed in hard work, dedication and giving back to the community and it was important to him that these beliefs be instilled in his own family. Pat’s family was paramount in his life and he especially cherished time spent with his beloved wife, grandchildren and many dear friends.

Pat was proud to be one of the original founders of the Madison Eagle Christmas Fund with his wife, Carmela and other individuals, which benefited members of the community in financial hardship. Pat took an interest and active part in local affairs and politics, serving as the president of the Republican committee in the 1970’s .

In addition to his parents, Pat was predeceased by his beloved wife, Carmela DeBiasse in 2014; his brother, Frederick DeBiasse; and his daughter-in-law, Eileen DeBiasse. He is survived by his two sons, Pat DeBiasse III and his wife, Kimberly of Lewes, DE & Gary DeBiasse of Madison; one daughter, Dawn Neville and her husband, Kenneth of Madison; two sisters, Joanne Goer  & Margaret DeBiasse; four cherished grandchildren, Eric & Thomas Neville and Alyssa & Joseph DeBiasse.

Funeral services will begin at 8:30AM on Friday, August 9, 2019 at Madison Memorial Home, 159 Main Street, Madison, followed by a 10:00AM Liturgy of Christian Burial celebrated at St. Vincent Martyr Church, Madison. Entombment will follow at Gate of Heaven Mausoleum, East Hanover. Relatives and friends are kindly invited to attend a visitation to celebrate Pat’s life on Thursday, August 8, 2019 from 2-4PM & 7-9PM at the funeral home.

In lieu of flowers, charitable contributions may be made in Pat’s memory to St. Vincent Martyr Church, 26 Green Village Road, Madison, NJ 07940

For further information and condolences to the family, please visit www.madisonmemorialhome.com

Share Your Memory of
Pat
Upload Your Memory View All Memories
Be the first to upload a memory!
Share A Memory
Plant a Tree