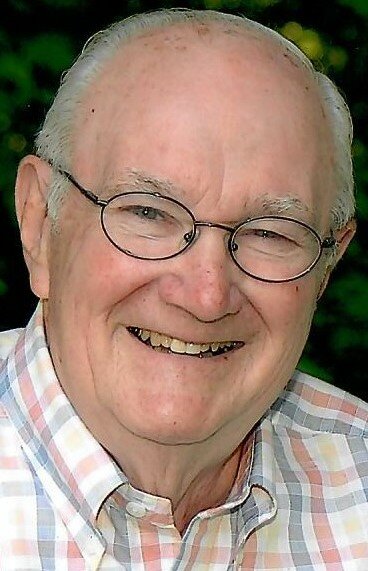 A beloved husband, father, and grandfather, John “Jack” M. Brown, 94, passed away January 20, 2023 in Bridgewater, NJ. Jack was born in Chicago on November 24, 1928, and previously lived in Columbus, NJ; Princeton Junction, NJ; and Oak Lawn, IL. Jack worked a day job while attending night classes at DePaul University, where he earned his Bachelor of Science in Marketing. Jack served his country as a Corporal in the United States Army from 1952-1954, and was subsequently an active member of American Legion Post 39 in Roebling, NJ. Jack began his career as an auditor for Montgomery Ward in Chicago before being transferred to their New York office, where he worked for 25 years, attaining the position of controller. In his later career, he incorporated his fondness for gardening into his professional endeavors, serving as a controller for Holland Greenhouses in Hightstown, NJ for 8 years.

Jack enjoyed many hobbies. Even while working and raising a family, Jack found time to spend hours cultivating his garden, whose produce he would share with his coworkers. Early in their retirement, Jack and his wife, Ruth, enjoyed taking cruises, and traveled five different continents. Jack was a capable handyman; he was known by his grandchildren as “Mr. Fix-It,” and frequently helped his adult children with home improvement projects. Finally, anyone who met Jack soon discovered he was a fervent Notre Dame football fan.

Jack’s life was marked by a strong spirit of community and volunteerism, especially surrounding the Catholic Church. Jack was a devout and active member of his local churches, most notably Sacred Heart Catholic Church in Mount Holly, NJ. Jack also helped lead the local chapter of the Knights of Columbus, serving as, at different times, both a Fourth Degree Knight and a Grand Knight. He participated in and led many other volunteer activities, including helping with Boy Scout Troop 66, where his sons Michael and Christopher were Eagle Scouts. Perhaps most of all, Jack, who was known to those around him as “Happy Jack,” liked to tell jokes and make people smile, especially his family, friends, and the health care professionals who helped him in later years.

Jack was a devoted family man and community leader, and will be missed by all, including his wife of 63 years, Ruth; his children Michael Brown, Kathleen Kelley, Christopher Brown (Mia Romano-Brown); and his six grandchildren: Colleen Kelley, Erin Kelley, Brianna Brown, William Brown, Aleena Brown, and Andrew Brown. Jack is predeceased by his parents Charles Brown and Bernice (Connolly) Brown, and his sisters Mary Therese Brown and Bernice O’Brien.

Relatives and friends are invited to attend the visitation held from 8:30 a.m. to 9:30 a.m. on Friday, January 27, 2023 at the Madison Memorial Home, 159 Main Street, Madison, NJ, followed by a 10:00 a.m. Mass of Christian Burial held at St. Vincent Martyr Church, 26 Green Village Road, Madison, NJ. Those who wish may attend the mass virtually by visiting www.svmnj.org