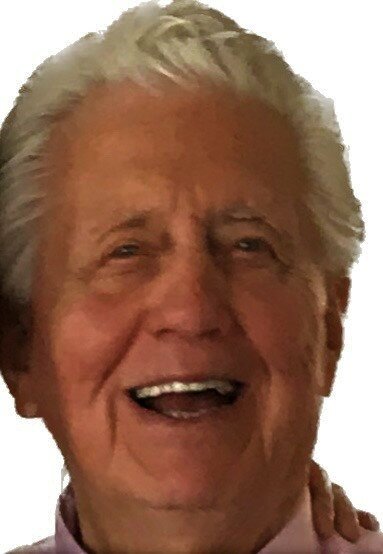 Obituary of William A. Burch

William Arden Burch, of Florham Park, passed away peacefully surrounded by the love of his family on Tuesday, December 27, 2022. He was 90.

Bill was loved by all who met him, and he will be deeply missed by all who had the pleasure of calling him family and friend.

He is survived by his beloved wife of 59 years, Carmel Burch (née Montroni); his devoted daughter Stacey Scerbo and her husband Anthony of Chatham; his brother James Burch; his cherished grandchildren Alexandra and Anthony Scerbo; and many nieces, nephews, and dear friends.

Bill was preceded in death by his parents Joseph and Hazel Burch (née Dale); his brothers Joseph and Charles Burch; and his sister June Engelken.

Bill was born in Jersey City on July 28, 1932, the second oldest of five children. After graduating from high school, he enlisted in the United States Navy and served his country honorably during the Korean War aboard the Coral Sea aircraft carrier. Bill remained a patriotic man throughout his life. He loved his country and was very proud of his time in the Navy.

Bill married the love of his life, Carmel on July 27, 1963.  He had a fulfilling career as the VP of Systems for Merrill Lynch in New York City, and in his retirement, he obtained his real estate license and worked in commercial real estate. Bill was very physically fit and strong, earning him the nickname “Bull” from Carmel. In 2002, they embraced retirement, built a home on a golf course in Hardyston and welcomed their twin grandchildren, Alexandra and Anthony. Later in life they came to Florham Park to be closer to their daughter.

Bill always had a passion for his cars, always impeccably maintained and always fast. He never turned down a game of cards with friends, chess, checkers or backgammon. In his retirement he became an avid golfer and enjoyed many seasons playing with family and friends. In the last few years, he cherished vacations with his family and trips to the shore.

Above all, Bill was a loving and caring family man and an extraordinary husband, father, grandfather, and friend.  He was always there to lend a hand to anyone in need, and he lived every moment to its fullest. He never let his ailments stop him from having a good time with the ones he loved most.

Relatives and friends are kindly invited to attend a visitation for Bill held on Thursday, December 29, 2022, from 4:00PM to 8:00PM at the Madison Memorial Home, 159 Main Street, Madison.

Funeral services will begin at 9AM at the funeral home on Friday, December 30, 2022, prior to a 10:00AM Mass of Christian Burial celebrated at Holy Family Church, 1 Lloyd Avenue, Florham Park.

Entombment will follow at Gate of Heaven Cemetery in East Hanover.

In lieu of flowers, charitable contributions may be made in Bill’s memory to the Florham Park First Aid Squad, 60 Felch Rd, Florham Park, NJ 07932.