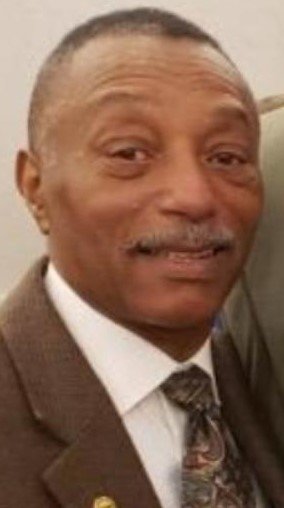 George will be remembered for always doing what was right and what was good. He was a kind man that helped others, and he lived a life dedicated to service.

George was born in Morristown on October 18, 1953 to his parents, Elizabeth B. and the late George Tyree, Sr. He was raised in Madison with his two sisters and was a graduate of Madison High School. George was a loving, respectful son and a wonderful brother who always looked out for his sisters. After moving from Madison, George lived in Dover for many years prior to Budd Lake.

Ever since he was young, George loved sports and especially enjoyed basketball and football. He played on the football team at Madison High School and eventually went on to referee Madison Little League football as a young man. George’s hometown of Madison is where he gained his foundation as a referee and sportsman, and he was always felt fortunate and proud of that.

George went on to dedicating decades of service as a referee in local high school football and basketball.  He most notably refereed basketball at high schools throughout Morris county for over twenty-five years, as well as teaching and coaching the sport to several generations of students. George served on the Board of Directors of Basketball Referees of Morris County for thirty-five years and he was a lifelong advocate of youth sports in general which provide structure, focus and good sportsmanship among high school students.

George’s second passion was golf. He was an avid golfer and enjoyed being outdoors on the course for a round of golf with his friends. He also worked part-time for close to a decade at the pro shop of Flanders Valley Golf Course. He was a familiar face there and had many friends through the sport.

Before his retirement, George was the supervisor of the mail room at GPU Energy in Parsippany for many years. He then transitioned to a position at Mondelez International in Fair Lawn as a line attendant. George felt fortunate when he retired that he could focus his time on his family, who he loved deeply, and his favorite sports pastimes.

George was predeceased by his beloved father, George Tyree, Sr. in 1981. He leaves behind his loving mother, Elizabeth B. Tyree of Stroudsburg, PA; two devoted sisters, Charlene Woods and her husband Bobby of Morristown & Elizabeth Brown of Stroudsburg, PA; two nephews, Robert Woods & William Woods; one great-niece & three great-nephews; and a host of extended family members and dear friends.

Relatives and friends are kindly invited to attend the visitation held at the Madison Memorial Home, 159 Main Street, Madison on Saturday, February 6, 2021 from 1:00PM to 5:00PM. A Homegoing Service will be held at **4:00PM at the funeral home after the visitation. For those that wish, the funeral service can be attended virtually and will be livestreamed at **4:00PM through the Madison Memorial Home Facebook page. Interment will be held privately for the family.

** Visitors to the funeral home are required to wear masks and adhere to proper social distancing. **​

In lieu of flowers, the family has requested that charitable contributions be made in George’s memory to his memorial scholarship which is being established and will be posted here when it becomes available.

Share Your Memory of
George
Upload Your Memory View All Memories
Be the first to upload a memory!
Share A Memory