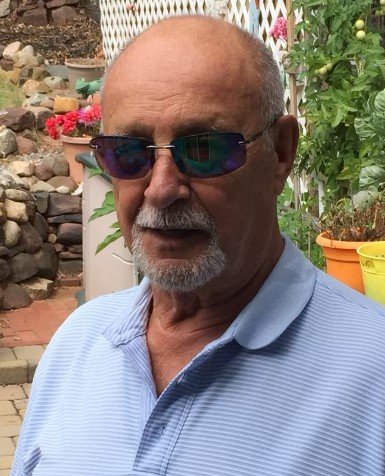 Charles was born in Newark on October 6, 1937 to the late Charles H. and Anna Bermel. He was raised in Newark along with his brother Fred.

Charles married his beloved wife Jacqueline Bermel (née Nardone) on February 5, 1961 and the couple settled in Irvington to raise their family. Soon after his marriage, Charles answered the call to serve his country honorably in the United States Army during the very beginning of the Vietnam War. He was immensely proud of his time in the service.

After being honorably discharged from the Army, Charles began a long career as a truck driver. He drove for Burry Biscuits for 35 years, and his family fondly remembers always having a good supply of girl scout cookies during that time.

In 1997, Charles and Jacqueline relocated to Summit, where they have lived since. He is remembered as a kind, even-keeled man who loved his family deeply and had a great sense of humor. Charles loved to tell jokes and pull pranks and would do so whenever he had the opportunity. He also had a love for tinkering with, polishing, and collecting cars, especially old muscle cars and pick-up trucks. He had a special fondness for 1949 Mercuries. Charles loved gardening and was very artistic and crafty. He did many beautiful freehand drawings and paintings for his grandkids and loved to craft and paint birdhouses for them as well. He was very meticulous and organized, and all his belongings always had their specific place. Charles also loved to listen to country music while doing his crafts or gardening. He will be deeply missed by all who knew and loved him.

Charles was predeceased by his parents Charles H. and Anna Bermel, and his brother-in-law Ralph Nardone and his wife Rose. He is survived by his beloved wife of almost 60 years, Jacqueline Bermel; his son Charles F. Bermel, Jr. and his wife Cindy of Florham Park; his daughter Susan Volpe and her companion Dominick Esposito of Florham Park; his brother Frederick J. Bermel and his wife Johanna; three cherished grandchildren Philip Bermel, Brianna Volpe, and Amanda Bermel; his nephews Ralph Nardone and Cory Nardone; his nieces Tracy Bermel, Rosemary Collins, and Debbie Mastrantonio and her husband Mike; and many dear friends.

Relatives and friends are kindly invited to attend the visitation held at the Madison Memorial Home, 159 Main Street, Madison on Sunday, January 10, 2021 from 1:00PM to 5:00PM. A prayer service will be held at 4:00PM during the visitation, followed by a military honors ceremony. Interment will be held privately.

** Visitors to the funeral home are required to wear masks and practice proper social distancing. In order to maintain a safe number of people in the funeral home, we kindly and respectfully ask that after paying your respects you give others the same opportunity by making your visit brief.**​

In lieu of flowers, the family has requested that charitable contributions be made in Charles’ memory to St. Jude’s Children’s Research Hospital, 501 St. Jude Place Memphis, TN 38105.