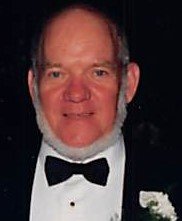 Joseph J. Stockert, a longtime resident of Madison, died peacefully on Thursday, December 17, 2020, at the age of 89.

Joe was born in Dayton, OH, on October 29, 1931 to the late Karl and Mary Stockert, and was raised in a family of eight children. After graduating from The University of Dayton with a bachelor’s degree in electrical engineering, he was employed at AT&T Bell Laboratories on West Street in NYC, before being commissioned as a second lieutenant in the United States Army and serving in the signal corps in post WWII Europe. He was trained in providing maintenance to microwave communications and radar systems throughout allied Europe. After returning from his service in the Army, Joe returned to AT&T Bell Labs and married his beloved wife, Martha “Marty” Melchiori on April 7, 1956.

Joe was an astute and talented electrical engineer; he was employed by Bell Laboratories and relocated to Madison, NJ, in 1958 with his wife. Joe felt a tremendous sense of pride working for Bell Labs. Throughout his 35-year tenure in both the New York and Whippany campuses, Joe worked on several high-level projects, some of which at the time were classified by the military and U.S. Government. He worked on advanced power systems and was part of the team that worked on the Telstar Satellite, taking frequent trips to Maine and France, among other places to share his expert advice and guidance.

In retirement, Joe pursued a number of ‘jobs’ that kept him active.  He worked as a starter and ranger at Morris County’s Pinchbrook Golf Course for many years, and he knew all of the regular golfers. A true engineer, he loved math and science, and enjoyed his work as a substitute teacher for math and science at Madison High School, and as an adjunct math professor, and later as a math tutor, at Fairleigh Dickinson University in Florham Park.

Joe was a loving family-man, and his family was everything to him. He was a wonderful husband and father, and was active with his sons and their activities growing up. He was a scout leader for 15 years with his four sons’ cub scout & boy scout troops through St. Vincent Martyr Church. His family fondly recalls his concern for their growing family having enough space at their home. Joe had excellent carpentry skills, and added two rooms to his home, and helped engineer and construct numerous projects at his sons’ homes.

Joe loved to travel and took his family on a three-week tour of the national parks in the U.S. west. He took his wife to Hawaii, the Great Lakes and traveling abroad, visiting many relatives in Europe. Joe’s love of education was exemplified by his reading, especially historical subjects. He was well versed in many topics concerning U.S. history through the second World War. In addition, he also loved classical music.

A Memorial Liturgy of Christian Burial will be celebrated on Friday, June 25, 2021 at 12:00PM at St. Vincent Martyr Church, 26 Green Village Road, Madison. For those that wish, you may attend the Funeral Liturgy virtually via live-stream by visiting  www.svmnj.org at 12:00PM on Friday. Entombment with military honors of Joe's urn will immediately follow at St. Vincent's Cemetery, Madison. Funeral arrangements are under the care of the Madison Memorial Home.

Share Your Memory of
Joseph
Upload Your Memory View All Memories
Be the first to upload a memory!
Share A Memory