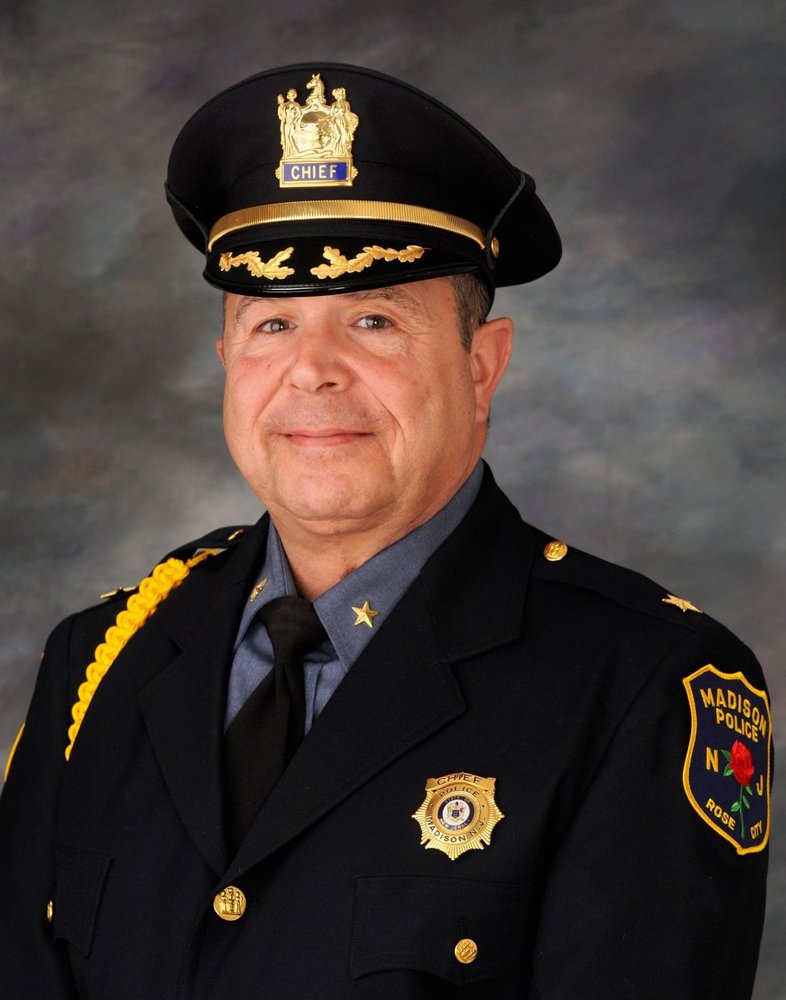 The heavens opened to welcome a hero. On Sunday, December 6, 2020, retired Madison Police Chief Vincent D. Chirico died peacefully with his wife and daughter by his side after a valiant eight-month battle with a COVID-19 related illness.

Vinnie was born in Brooklyn, NY on September 29, 1948 to the late Ben & Camille Chirico. He was raised in Madison and ever since he was a boy, Vinnie always felt his calling was to serve others as a police officer in his community.

He was accepted into the New Jersey Basic Recruit Training Class #119 in Sea Girt, NJ, graduating in 1969. Vinnie was sworn into the Madison Police Department as Badge Number 61 on November 10, 1969. Throughout his career he was promoted to Detective in 1977, Sergeant in 1985, Lieutenant in 1989, Captain in 2001, Deputy Chief in 2002, and Chief of Police in 2004. He retired in 2009 after 39 years of dedicated service to the Madison community. Vinnie was also assigned over the years as the Detective Bureau Commander, Patrol Division Commander, Internal Affairs Commander, and Emergency Services Unit Commander. He was among the several Madison police officers assigned to assist the Secret Service with security during President George Bush’s Campaign Rally in Madison in November of 1992. During his tenure as Lieutenant, he implemented the Madison Police Department Emergency Services Unit in 2000, which is still currently in operation. Vinnie was also the lead Firearms Instructor for the Madison Police for 20 years. He was also a former member of the Madison Fire Department, joining in 1990 and past president of the Madison Hose Company in 1997 & 1998.

Vinnie was a wonderful husband and father who loved his family deeply. He and his beloved wife, Joanne Chirico (née Cardarella) were married on May 21, 1972. They settled in Madison where they raised their daughter, Betty. Vinnie was a lifelong parishioner of St. Vincent Martyr Church.

Vinnie loved vacationing at the family beach house at the Jersey shore, as well as fishing and metal detecting on the beach. He was an avid golfer and never turned down an opportunity to play a round of with friends.

Family brought comfort and strength to Vinnie, throughout his life. He had many great titles, but those from his family were among his most treasured. In addition to his parents, Vinnie was predeceased by his stepfather, John Artiglere. He is survived by his beloved wife, Joanne Chirico of Madison; his daughter, Betty Chirico Pumphrey and her husband, Kevin of Sandyston; his mother-in-law and father-in-law, Dominic and Betty Cardarella; his cousins, Michele and Ed Bugge & their children and Paulann and Steve Hoffman & their children; his godchildren, Paul Kosakowski, John Miscia & Jennifer Miscia Potter; many dear friends and brothers and sisters of the Madison Police & Fire Departments; and his beloved Yorkshire Terrier, “Mia”.

He will be deeply missed, and his legacy will live on in many lives and in the Madison community.

Relatives and friends are kindly invited to attend the visitation held at the Madison Memorial Home, 159 Main Street, Madison on Thursday from 7-9PM (with a Madison Police and Fire Dept. Tribute held at 8PM) and on Friday from 3-5PM & 7-9PM. A Liturgy of Christian Burial will be celebrated on Saturday, December 12, 2020 at 10:00AM at St. Vincent Martyr Church, Madison. For those that wish, you may attend the Funeral Liturgy virtually via live-stream by visiting www.svmnj.org and viewing the mass on the main webpage of the church beginning at 10:00AM. Interment will follow at Gate of Heaven Cemetery, East Hanover.

In lieu of flowers, the family has requested that charitable contributions be made in Vinnie’s memory to the Madison Police Department PBA Local #92, 62 Kings Road, Madison, NJ 07940

Share Your Memory of
Vincent D.
Upload Your Memory View All Memories
Be the first to upload a memory!
Share A Memory