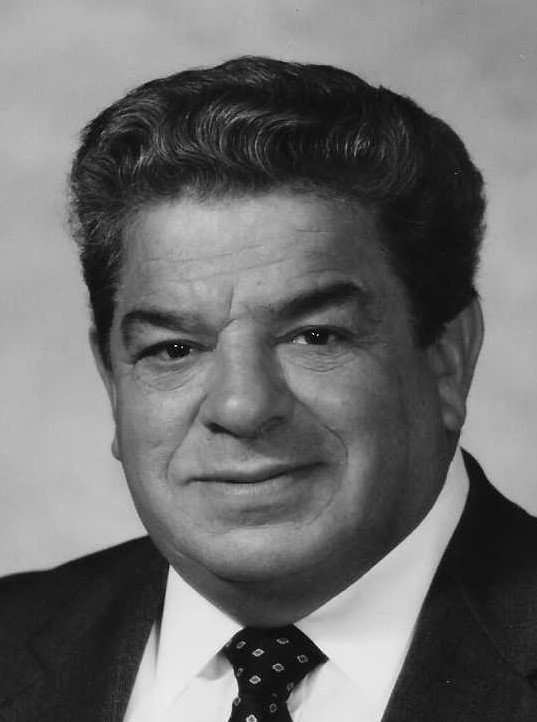 Jerry was born in the “Orchard” section of Madison on September 8, 1926 to Nicolo and Felicia Mazzocchi. He left his family farm to serve in the US Army during the Korean War. After his honorable discharge, Jerry returned to Madison where he started a family with his wife at that time, Grace Mortaruolo, and began a small paving business on Orchard Street in the same barn that housed his father’s cement block business. Over several decades with the collaboration of his children Grace and Nick, this business, Mazzocchi Wrecking, Inc., became one of the 5 largest demolition companies in the United States, most noted for heavy equipment which led to the Mazzocchi family being called to Ground Zero on September 11, 2001.

Jerry was predeceased by one son, Anthony G.Mazzocchi, Jr; his beloved companion of many years Dolores “Dee” DiLorenzo; his son-in-law Newt Turnbaugh; four sisters, Mary Holmes, Yolanda Casternovia, Rafaella Natella, and Josephine Ponsio; and two brothers, Nick and Sam Mazzocchi. He is survived by his son, Nick Mazzocchi and his wife Carol of New Vernon, and his daughter, Grace Mazzocchi and her partner Emory L. Miller of Basking Ridge; his sister Ann Romano of Fort Myers, Florida; two granddaughters, Nicole Farina and her husband Joseph, and Marie Mazzocchi; three great-grandchildren, Joseph, Nicholas, & Sophia Farina; many nieces, nephews and great friends. He is also survived by the children of his partner Dee DiLorenzo, Anne Herzog, her husband Mark, and their daughter Kate. The family would also like to acknowledge his wonderful caregiver for the last 3 years, Belinda Berry Torrey.

Prior to the pandemic, Jerry enjoyed Friday trips to the Sands in Bethlehem with his longtime friend, Dominick Tranquilli. Jerry was also an owner and longtime member of Brooklake Country Club in Florham Park, where he was known as an average golfer and an above average gin player. Above all, he loved his NY Yankees and Frank Sinatra.

Relatives and friends are invited to attend a visitation on Sunday, October 18, 2020 from 1:00 to 4:00pm at the Madison Memorial Home, 159 Main Street, Madison. A funeral service will be held Monday, October 19, 2020 at 10:30am at the funeral home. Interment with military honors will follow at St. Vincent’s Cemetery, Madison.

Share Your Memory of
Anthony "Jerry"
Upload Your Memory View All Memories
Be the first to upload a memory!
Share A Memory