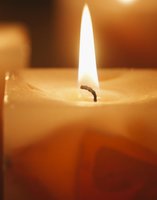 Carmine E. Prisco, Jr, a longtime Denville resident, passed away peacefully on Wednesday, May 20, 2020. He was 67 years old.

Carmine was born on May 9, 1953 in Miami, Florida to the late Carmine E, Sr, and Joyce Prisco (nee Pearson). He moved to Madison at an early age, and was a graduate of Madison High School class of 1971.

Carmine moved to Denville to raise his family, and enjoyed many years there with his three sons. He was very active in his sons’ sporting events, coaching football and basketball for many years.

Carmine was skilled in construction, owning and operating CRJ Construction in Denville for over 40 years and even building his own house from the ground up along with his brother and father.

Carmine will be remembered as a very loving brother and father. He was well-liked, had a big heart, and was a very generous man who would give you the shirt off his back if you needed it.

Carmine was predeceased by his loving parents. He is survived by his three sons Carmine Prisco III, Robert Prisco, and Jason Prisco; His brothers Michael Prisco of Lake Hiawatha and Gary Prisco of California; his sister Joyce Marianne Moch of Michigan; and his grandchildren, niece, nephews, and many good friends.

Funeral services for Carmine are being held privately for the family under the direction of Madison Memorial Home. Interment will be held at St. Vincent’s Cemetery in Madison.